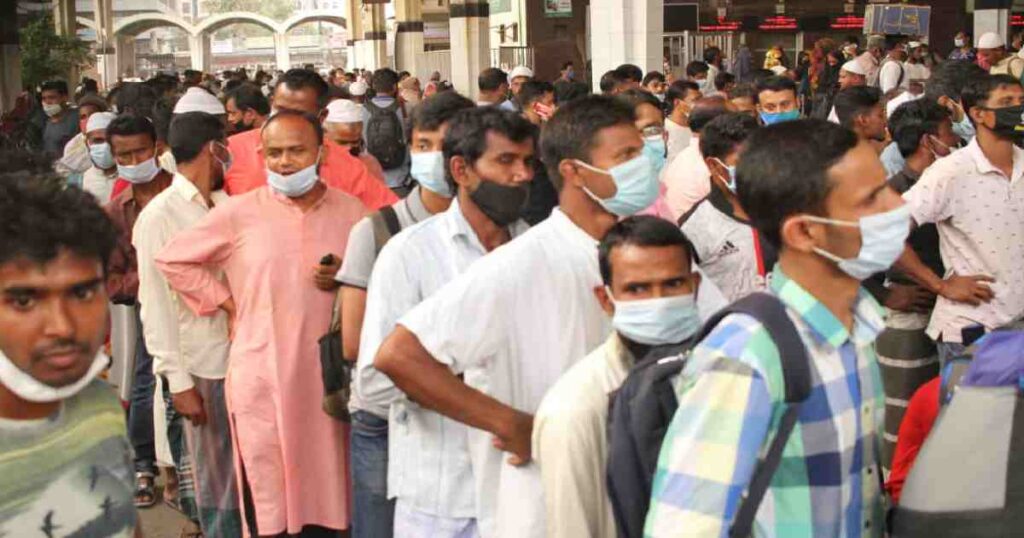 Dhaka, Apr 29  : The death toll from Covid-19 hit 11,510 in Bangladesh on Saturday as the country logged 60 more fatalities in 24 hours until Saturday morning, as all efforts to stop the pandemic have apparently gone in vain.However, the country reported new cases of 1,452 during the 24-hour period ending at 8am, which was said to the lowest daily count in 48 days.
The overall infection tally reached 760,584 with the new cases and the positivity rate fell to 9.61% from Friday’s 10.34%. But the death rate remained unchanged at 1.51%, said the Directorate General of Health Services (DGHS).
On March 14, Bangladesh reported 1,159 cases in 24 hours. The country’s infection rate came down below 10% on Thursday after over a month, as it reported a 7.68% infection rate on March 17 and it rose to 10.45% the following day. Since then, the infection rate began an upward march.
Bangladesh on Friday reported its single-day Covid-19 death toll of 57, the lowest in 25 days.
According to the DGHS, 684,671 infected people have recovered from the disease so far and 3,245 of them in the past 24 hours.
The country conducted 15,117 new tests over the same period, which was 21,046 on Friday.
Bangladesh has so far carried out 548,4821 nationwide tests since reporting its first coronavirus cases on March 8 last year the first death on the 18th of that month.
The country recorded 52 coronavirus-related deaths on April 5, 78 on April 27, and 77 on April 28, showing a downtrend. It witnessed over 100 deaths during April 16-19 and on April 25, reports UNB. 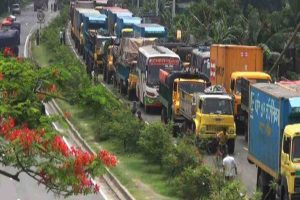 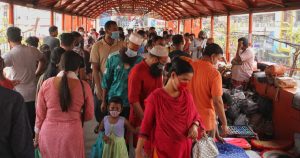