American Express Co. has said it will slash about 5,400 jobs, mainly in its travel business, as it seeks to cut costs and transform its operations since more of its customers are shifting to online portals for booking travel plans and other needs.

The job cuts will be partly offset by jobs that the company expects to add this year.

American Express said on Thursday the jobs eliminated would span employee seniority levels and divisions worldwide, but would primarily involve positions that do not directly generate revenue for the company.

New York-based AmEx said the reductions would be spread proportionately between the US and international markets.

For the next two years, our aim is to hold annual operating expense increases to less than three percent,” Chief Executive Kenneth Chenault said in a statement.

All told, the company anticipates that staffing levels will end up between 4 and 6 percent lower this year than in 2012. The company currently has 63,500 employees.

“Against the backdrop of an uneven economic recovery, these restructuring initiatives are designed to make American Express more nimble, more efficient and more effective in using our resources to drive growth,“ said Chenault.

The company said it recorded a $287 million after-tax restructuring charge in the quarter. It also booked a $212 million charge to account for a larger number of customers redeeming the rewards they earn while using its cards.

AmEx expects to report a profit of $637 million, or 56 cents per share, including the charges.

The company is scheduled to report full results next Thursday. Overall American Express has done well after the recession, as upscale shoppers have spent freely. That is because Amex cardholders are in general about a third more affluent than other credit card holders.

Chenault noted that, since the recession, American Express has been consistently gaining market share.

Despite that success, he said the company must embrace new technologies, become more efficient and position itself to invest in growth opportunities in a marketplace that`s increasingly becoming defined by consumers` use of the Internet and mobile technology.

To that end, American Express` restructuring plan calls for overhauling its travel business to cut costs and invest in ways to cater to a growing volume of customers turning to online and automated tools to make their travel arrangements.

“One outcome of this ongoing shift to online is that we can serve a growing customer base with lower staffing levels,“ Chenault said during a call with analysts.

The company also will reconfigure its cardholder servicing and collections operations to focus more on online and mobile, rather than telephone and mail.

Shares of the company rose one percent to $61.45 in trading after the bell. They closed at $60.79 on the New York Stock Exchange on Thursday.banglanews24.com 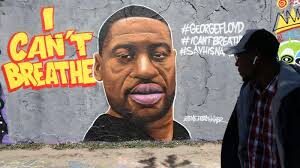 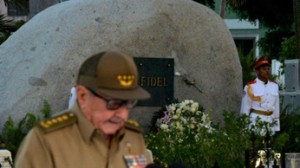