Agency
The WB Dhaka office on Saturday issued a statement saying the bank will proceed with support for the Padma Bridge only if the Anti-corruption Commission (ACC) launches a full and fair investigation based on evidence of corruption under the project. The statement, signed by WB Country Director to Bangladesh Allen Goldstein, said the World Bank provided extensive information to the ACC to support such an investigation.
Finance Minister AMA Muhith on expressed surprise at the latest World Bank (WB) statement over funding Padma Bridge and said it is confusing and unacceptable. Muhith said, “Statement from World Bank Dhaka office is unacceptable as talks between the government and World Bank is still underway.”
Following its first visit to Bangladesh, the External Panel of independent anti-corruption experts of the World Bank encouraged the ACC to launch a full and fair investigation based on available evidence and in accordance with Bangladeshi laws.
“During its second visit to Bangladesh last week, the Panel noted several unresolved issues and further encouraged the ACC to follow available evidence in determining the scope of its investigation. The panel will issue a statement when the ACC completes its review and takes a final decision on the scope of the investigation,” said the Washington-based lender.
On June 29, the World Bank cancelled a $1.2 billion credit for a Padma Bridge project with immediate effect, saying it had “credible evidence” of a high-level corruption conspiracy among officials of Bangladesh government.
“In light of the inadequate response by the government of Bangladesh, the World Bank has decided to cancel its $1.2 billion …credit in support of the Padma multipurpose bridge project, effective immediately,” the World Bank had said in a statement. The global lender agreed to resume lending for the bridge on Sep 20 as the government managed to strike a deal with it. Proper ACC investigation and allowing the bank’s panel access to all probe documents for ensuring transparency were two of the four conditions agreed upon.
During last week’s visit, the WB panel found dropping the name of one of the accused from the ACC’s inquiry report as unacceptable. 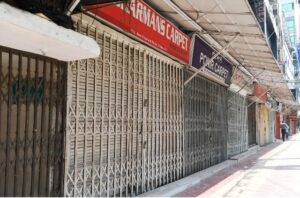