Dhaka has urged the international community to encourage Myanmar to create an environment conducive to dialogue between Muslims and Buddhists in the Rakhine State and other sectarian flashpoints.

She said the issue of safe and sustainable return of Rohingya refugees from Bangladesh to Myanmar as well as the large number of Rohingya Muslims in an irregular situation also remains an outstanding concern for Bangladesh.

The current official attempt in Myanmar to term Rohingyas “Bengali or Bangladeshi immigrants” in a general sweep does not have any historical or legal basis, she said.

Dipu Moni said the small pretexts that have been used to create widespread violence in recent times show how explosive the mutual animosity between the two communities is.

The Foreign Minister said there is a need for neutralising the radical elements within both communities and for promoting dialogue among the moderates within their respective leaderships.

“OIC could possibly offer to play the role of a facilitator for holding inter-communal and inter-faith dialogues to reinforce mutual respect and understanding. The festering tension between the two communities has already started having bitter implications beyond the borders of Myanmar,” she said.

Dipu Moni said the OIC should continue to urge the government of Myanmar to create better economic opportunities for the Muslim minorities in Myanmar.

She said there is a rising trend of irregular movements at sea by Rohingyas from the coasts of Myanmar and Bangladesh, mostly towards Malaysia and Thailand.

A large number of Rohingyas, including women and children, are reportedly falling prey to trafficking and people’s smuggling networks operating in the region, she said. “We need to enhance further cooperation among the regional countries concerned to prevent such irregular movements and provide necessary support to the victims.”

She said if there is further hesitation there is a chance to miss a unique opportunity that has opened up with the wind of reforms now passing through Myanmar.

“We must recognise and use the strength of our moral weight to make sure that the most vulnerable people in Myanmar, especially the Rohingyas, do not remain excluded from the dividends of reform,” Dipu said.

Despite the challenges, the Foreign Minister said, Bangladesh must send out a clear message to its Muslim brothers in Myanmar that it will continue to stand by them and never give up till a lasting solution to their problems
is found.

“We must continue to act as a conduit to channel their legitimate concerns to the larger international audience.”UNB 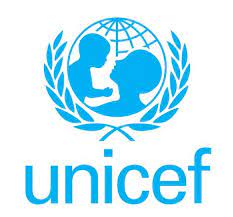