Union of Concerned Scientists
The United States Global Change Research Program (USGCRP) released its draft National Climate Assessment this week, just a week after the National Oceanic and Atmospheric Administration confirmed the United States experienced its warmest year on record.The report is the flagship climate change assessment for the United States, according to the Union of Concerned Scientists (UCS).
“This could help restart a national conversation about climate change,” said Todd Sanford, a UCS climate scientist. “It gives us a road map for climate change. And the road is much bumpier if we continue along a higher emissions pathway.”
While the report is in draft form and will not be finalized for months, it integrates developments in climate science since the agency’s last report in 2009. The impacts of climate change — including increasingly high temperatures and rising sea levels — are more apparent and extreme impacts are becoming more likely as global emissions rise. At the same time, scientists have been able to more definitively link climate change to human activities and have found that human-induced climate change is causing some weather extremes to worsen. The draft assessment includes a number of new scenarios and maps that examine the consequences of a warming climate for various regions, including increased heat and shifting precipitation.
Scientists continue to study the effects of climate change on specific sectors, such as agriculture and water management, and are producing assessments designed to help policymakers understand their options in the context of other factors, such as economic development and differing needs for rural and urban communities.
“Climate change is already affecting us and there’s a growing demand at the local level for information about what it means for our present and our future,” Sanford said. “The climate conversation always starts with science. Because policymakers have generally supported policies that increase emissions, successfully adapting to climate change is becoming more difficult.”
(Sourse: ENN) 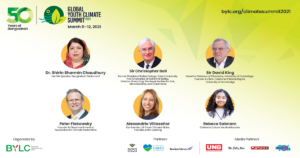