Basu Chatterjee is basically Hindi filmmaker. He has made 40 movies in Hindi language. But movie “Hothat Brishti” was his first directed Bangla movie. In this movie, Ferdous performed as single hero for first time. By performing in this movie Ferdous firstly got National Film Award. Later he received more national awards by performing in movies – “Gangajatra,” directed by Wahiduzzaman Diamond, and “Kusum Kusum Prem,” directed by Mushfiqur Rahmn Gulzar.
Two popular heroes of two Bengals – Proshenjit and Ferdous performed together in two movies at a time in 2002. One movie was “Protihingsha,” directed by Mohanji Prasad, and “Phul Aar Pathor,” directed by Dulal Bhowmik.
After a break of more than 10 years both Proshenjit and Ferdous have performed together in movie “Porichoy,” which is directed by Rupali Guho.
Rupali is youngest daughter of director Basu Chatterjee. It is first directed movie of Rupali Guho.
It may be mentioned that Proshenjit is now in Dhaka.
While shearing his feelings to work with Proshenjit after 10 years Ferdous told this correspondent, “I really have a good relationship with Bumbada (Proshenjit). Personally I like him very much. He is a good man. Therefore, he is a talented actor too.
I am feeling well to perform with him. I am also enjoying working with him.”
Proshenjit talked about Ferdous over mobile phone, “In fact, we didn’t get such story of any movie as I couldn’t get the opportunity to work with Ferdous together.
Rupali’s story inspired us and gave us the opportunity to perform together. For this reason, we have agreed to perform in Rupali’s movie. Ferdous is a good actor too. I want his success in the long run.”
Film actress Nipun is performing against Proshenjit in movie “Porichoy,” while Indrani is acting against Ferdous.
It may be mentioned that Indrani is now performing in Subhash Ghai’s movie “Kanchi.” Subhash Ghai always gives new name of the heroine of his movie by using first letter ‘M.’ We can see names of Madhuri and Mahima.
For this reason, Subhash Ghai renamed Indrani as ‘Mishti.’ Today Proshenjit is leaving for Kolkata to take part in shooting for movie “Porichoy.
(Source: New Nation) 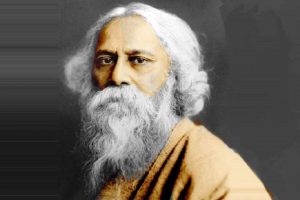