Recommending gradual shutdown of CNG conversion workshops by 2015 and levying higher taxes on CNG-run vehicles to discourage its use, state-owned Petrobangla recently placed a draft ‘Gas Utilisation Guideline’ with the Energy Ministry to prioritise different sectors for the use of natural gas.
According to the Petrobangla recommendations, fertiliser will get the highest priority followed by power in the second place; industries and tea garden as third; captive power as fourth ;residential and commercial as fifth; and CNG sector as the sixth and last in getting natural gas.
Official sources said the Petrobangla, however, prepared the guideline as per the directive of the Energy Ministry and now placed the same with the Ministry for final approval.
The draft guideline says that in order to limit the use of CNG (compressed natural gas), its price will have to be gradually increased to a level similar to the price of liquid petroleum.
Such recommendations, however, irked the businesses involved in the CNG sector as entrepreneurs feel this will put them in a great dilemma creating uncertainty for their huge, long-time investment.
Bangladesh CNG Station and Conversion Workshop Owners Association vigorously reacted to the recommendations claming that entrepreneurs in this sector have invested about Tk 3000 crore in last several years since 2003-04.
So far, 582 CNG re-fuelling stations were set up across the country along with about 70 CNG conversion workshops.
All these CNG re-fuelling stations and conversion workshops came into business with the help of the government’s special incentives and encouragement as part of the move to introduce environment-friendly green or clean fuel policy.
The government started pursuing the policy from 2003 under a US$ 73.6 million soft loan financing by Asian Development Bank (ADB) through ‘Dhaka Clean Fuel Project’.
The multilateral donor agency funded the project through three subsidiaries of the Petrobangla to introduce CNG-run vehicles and installing gas pipelines to facilitate smooth gas supply to CNG filling stations.
The main objective of the project was to free Dhaka, Chittagong and some other cities from air pollution and improve the air quality.
Rupantarito Prakritik Gas Company Limited (RPGCL), Titas Gas Transmission and Distribution Compay Ltd (Titas T&D Ltd), and Gas Transmission Company Ltd (GTCL) executed three parts of the ‘Dhaka Clean Fuel Project’.
As per the project, CNG stations and conversion workshops received concessionary loan from banks to set up business while all equipments in the sector, including import of CNG-run vehicles, were exempted from duty.
Side by side the private vehicles, the government also made it mandatory to convert all public vehicles into CNG-run system.
After such a move by the government, so far more than 300,000 motor vehicles were converted into CNG-run system for which the country could save huge foreign currency by avoiding import of liquid fuel.
The implementation of the ‘Clean Dhaka Fuel Project’ played a major role to improve the air quality of the cities.
“But now all these efforts will go in vain if the government makes a U-turn about CNG. All the investment will face debacle, environment will get back the pollution again if CNG-run vehicles are stopped,” said Zakir Hossain Nayon, president of Bangladesh CNG Station and Conversion Workshop Owners Association.
He also said that the executive body of the association will sit within a day or two to discuss the issue and take a stance against the government’s possible move to discourage use of CNG in vehicles.
When contacted, Petrobangla chairman Dr. Hossain Monsur admitted about the draft guideline. He, however, said this is merely a draft and the final decision on the issue will be taken by the Energy Ministry after a detailed examination. UNB 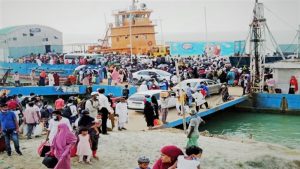 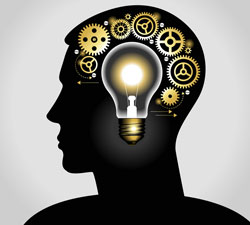 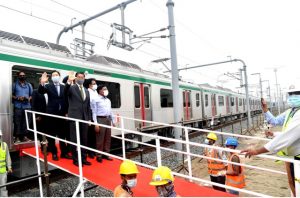