United News of Bangladesh
Information Minister Hasanul Huq Inu on Monday said work to formulate various guidelines is underway to ensure more freedom of the mass media.
“The mass media are enjoying freedom in Bangladesh,” he said.
The minister made the remarks when an eight-member delegation of foreign journalists called on him at his office.
Inu said the present government has taken various steps for economic reforms. “The government has increased allocation for the development of agriculture, education and human resources and changed many policies.”
The foreign journalists included Guangjin Cheng of China Daily, Li Xiang of History Reberence, Agni Roy of India’s Ananda Bazar, 24 Ghonta editor Arindam Chakrabarty, Mij Rani Singh from London, Tarique Al-Maeena of Saudi Gazette, Valerius Reza Boenwan of Singapore’s the Sun Media and Kunio Endo of Japan. 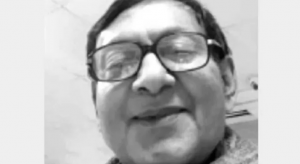