A former district judge has been asked by the High Court to appear before it on Feb 10 to explain his actions following the publication of a newspaper article which the court took cognisance of as being “defamatory”.

The bench of Justices AHM Shamsuddin Chowdhury and Mahmudul Hoque passed the order against Iktedar Ahmed, also a former Registrar of the High Court.

The article was published in a newspaper ‘The Daily Niropekkho.’

The court also ruled why no action would be taken against Ahmed for contempt of court.

Ahmed will have to reply within the next 10 days.

The ruling came following a petition filed by lawyer Tareque M R Chowdhury. While Chwodhury argued for himself, the state was represented by Deputy Attorney General Amit Talukder.

The article argued issues relating to the judicial system, and ensuring constitutional rights to a victim. It discussed how laws could strictly be implemented to rein in acts driven by “unabated greed” and “unethical acts”.

The author raised questions as to whether “justice was delivered equally”.

The former Registrar argued in his article: “Judicial decisions are frustrating the larger part of society. The crisis created in the faith of the people cannot be allayed if the judicial decisions fail to light the candle of hope and satisfy the people.”

He alleged in the article that “eligible, honest, neutral and brilliant candidates were denied judicial appointments as political preferences find way through the appointment process”.

Iktedar Ahmed was Registrar during the tenure of a caretaker government, and was the Chairman of a Wage Board later.

Many of the Supreme Court Registrars became Justices later, and some of them are also serving at the moment. bdnews24.com 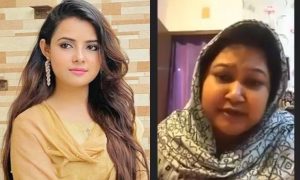