The debate about Islamic headscarves which gripped France in 2004 has been reignited by a controversial court ruling.
President Francois Hollande, a Socialist, has backed cross-party moves for further curbs on headscarves.Muslims have reacted with dismay to demands for a new law, which followed a ruling by France’s highest court of appeal last month.
France has the largest number of Muslims in western Europe – estimated at between five and six million.
The Court of Cassation ruled that an employee of a privately-run nursery who was sacked for wearing an Islamic headscarf had been unlawfully dismissed.
The Socialist government was quick to warn of a threat to the “principle of secularism”, which “must not stop at the nursery gate”.
All sides in this debate say they are committed to a secular state, but under the banner of secularism they pursue a diverse range of social and political agendas.
‘Legal loophole’
Conspicuous signs of religious affiliation, including Islamic headscarves, are already banned from French state schools, and full-face veils (burkas and niqabs) cannot be worn in public places. The ban in schools took effect in September 2004, and the full-face veil ban in April 2011.
The leader of the centre-right opposition Union for a Popular Movement (UMP), Jean-Francois Cope, said the recent court ruling pointed to a “legal loophole regarding the application of secularism in certain situations”.
The appeal to secularism obscures the fact that critics of the headscarf ruling fall into two broad camps: those defending a particular view of “the French way” of doing things and those defending “universal” values.
Two prominent journalists on two of France’s most popular radio stations used their regular commentary slots to set out the arguments.
On RTL radio, Eric Zemmour nostalgically looked back to the 1970s, when French Jews “took off their skullcaps as soon as they stepped into the street”, so that nobody would be made to “feel awkward by an ostentatious expression of faith”.
This “French way of living together” was disrupted by the arrival of “the community-based Anglo-Saxon model”, he said. “Those who want to resist this steamroller are trapped, labelled racists or reactionaries,” Mr Zemmour lamented.
According to him, a new law applying to private companies is needed to protect the French “way of life”.
‘Sexist practice’
On France Inter radio, Thomas Legrand said the problem did not lie with religious symbols as such but specifically with the Islamic headscarf and “what it says about the place of women in certain neighbourhoods”.
Banning this piece of clothing from the “feminist” Baby Loup nursery northwest of Paris did not target a religion but “the expression of a sexist practice of religion”, he said.
According to Mr Legrand, this line of argument “has nothing to do with supposed Islamophobia”. It is part of a “universal and quite simple fight for individual freedom, and in this particular case for sex equality.”
Defenders of the right to wear Islamic headscarves also justify their position with reference to “secularism”.
The Collective Against Islamophobia in France (CCIF) welcomed the court ruling as a “bulwark against those who are twisting secularism”.
Continue reading the main story
“Start Quote
This announcement [of moves for a new law] is causing a lot of gnashing of teeth in the Muslim community”
Hannan Ben Rhouma on saphirnews.com
The head of the French Council of the Muslim Faith (CFCM), Mohammed Moussaoui, has warned against any new law aiming to curb the right of private-sector employees to wear headscarves.
In an article published on the Muslim affairs website oumma.com, he said such a measure would contradict the principle of secularism by infringing “at least two fundamental rights: the freedom of belief, which comprises the freedom of religion, and the freedom of opinion.”
The French news agency AFP spoke to a number of Muslim headscarf-wearers and concluded that they “do not understand the rejection to which their headscarf gives rise in French society.”
“Why does it bother people? It’s neither a demand nor a provocation,” a 37-year-old Frenchwoman wearing a headscarf told AFP.
‘Law must intervene’
But political moves against the headscarf are continuing apace.
The UMP group in parliament has tabled a bill under which any companies or organisations would be able to set rules on religious symbols or practices.
President Hollande has called for the rules in “public service” nurseries to be similar to those that apply in schools. “I think the law must intervene,” he said on television on 28 March.
This drive for a new law “is causing a lot of gnashing of teeth in the Muslim community”, Hanan Ben Rhouma said on the Muslim affairs website saphirnews.com. But an article on oumma.com praised Mr Hollande for advocating a “minimal” bill.
Public opinion seems to be on the side of those calling for a wide-ranging new law: recent polls suggest that more than 80% of the French are opposed to women wearing the Islamic headscarf at work if they have contact with the public.
A court has ruled in favour of the right to wear Islamic headscarves – but the social climate for Muslim women wearing them has just turned rather more frosty in France.
(Source: BBC Monitoring reports and analyses news from TV, radio, web and print media around the world) 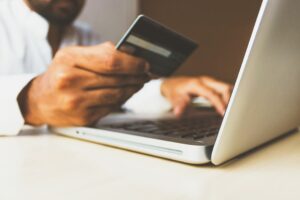