At least 12 students were injured in a clash between two groups of Jatiyatabadi Chhatra Dal (JCD) on Rangpur Carmichael College campus centering council of JCD on Thursday.

The injured are Rauf, Maidul, Limon and Arif while others are unidentified. They were rushed to Rangpur Medical College Hospital.

Police sources told that the council of JCD began in the morning. All the members were leaving the campus finishing the council on 3:00pm.

At one stage of chasing, the supporters of Prashad stabbed Sohagh, another president candidate of JCD, by sharp weapons and injured critically. To protect himself Sohagh got up the police van.

Meanwhile, in the Town Park intersection area both the groups locked into a clash again over the clash, leaving two activists injured.

Police held one Sujon Mehedi in this connection.

District President of Jatiyatabadi Chhatra Dal Jahir Alam Nayon told banglanews that they would take measures as per the rules of the organization.

The situation of the campus is now under control, he added. 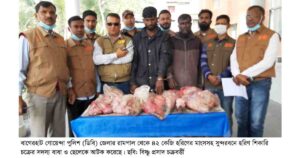 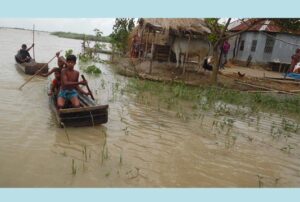