Although the Sahara desert used to be a green retreat for giraffes and hippos 5,000 years ago, it is now a giant, sometimes rolling landscape of sand. A lot of sand. In fact, roughly two thirds of Algeria is made up of sand, according to the authors of a study published in the Arabian Journal for Science and Engineering. And they believe it can be used to produce a sustainable building material for a limping construction industry. That’s right, they want to turn the dunes into bricks, and they already have a pretty good formula.
Since Algeria possesses very little in the way of aggregate materials that can be used in the construction industry, researchers from the University of Kasdi Merbah and the Polytechnic School of Algiers developed a new kind of brick made with little more than water, sand sourced from their own backyard – so to speak – and a binder.
While not as high tech as Markus Kayser’s solar-powered 3D printer which uses the sun’s power to turn desert sand into three dimensional objects, the Algerian researchers tested their sand bricks 750 times in order to deliver a strong, well-insulated material with superior mechanical resistance that is still affordable.
“If the compression and the thermal resistance of [the bricks] are validated by Algerian building material codes, it could solve the building material crises which Algerian builders are suffering from,” Ali Zaidi, a researcher in the Department of Civil Engineering of Algeria’s University of Laghouat, told SciDev.Net.
The country’s southern region is best suited to accommodate an industry of this nature, according to the researchers, who add that the bricks are resistant to fierce wind storms, scorcher days, and frigid nights.
We have long extolled the benefits of earth architecture, but primitive mud buildings no longer appeal to the majority of contemporary home owners.
Perhaps the  bricks of sand dune (BRSD)-based concrete will persuade the region to give earth another chance?
(Source: ENN/Shutterstock) 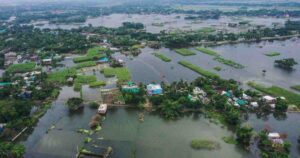 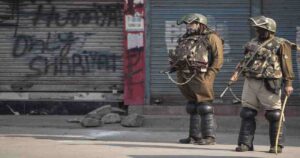