Mostafa Kamal Majumder
The fiery sit-in demonstration of youths at the Shahbagh Chattar for seventeen days to press their demand for capital punishment of war criminals attracted attention of the people from near and far. Many people expressed their solidarity with their demands. Spirited youths represent the hope of the future.Many speakers drew their attention to the spirit of the War of Liberation. But the interpretation differed from speaker to speaker. This created a situation in which the young ones might fall into confusion about what the spirit actually was.
The history and spirit of liberation war are so much recorded and highlighted that this matter can’t be twisted or distorted to suit the political purpose of any group or section. The liberation war, in fact, united us like rock. The liberation war was about parliamentary democracy and protecting our people from injustices of economic exploitation.
It is more than clear that the people of Bangladesh waged the War of Liberation as their democratic and economic aspirations were obstructed. It would not be irrelevant to discuss here the six-point movement based on which the Awami League under the leadership of Bangabandhu Sheikh Mujibur Rahman did win landslide victory in the 1970 elections and got the mandate to frame the Constitution for Pakistan.
The six points which sometimes are referred to as Magna Carta of Bangladesh basically stood for a loose federation of Pakistan with the centre handling only defence and foreign affairs and all residuary subjects remaining under the jurisdiction of the federating states of the then East Pakistan and West Pakistan.
There was no mention of religion nor of any other ideal that are championed as ideals of the War of Liberation. So the disunity we find ourselves under the guise of liberation war or the spirit of the liberation war should have been avoided. To help our young generation to be familiar with the foundation of liberation war are reproduced below six points demand:
1. The constitution should provide for a Federation of Pakistan in its true sense on the Lahore Resolution and the parliamentary form of government with supremacy of a Legislature directly elected on the basis of universal adult franchise.
2. The federal government should deal with only two subjects: Defence and Foreign Affairs, and all other residuary subjects shall be vested in the federating states.
3. Two separate, but freely convertible currencies for two wings should be introduced; or if this is not feasible, there should be one currency for the whole country, but effective constitutional provisions should be introduced to stop the flight of capital from East to West Pakistan. Furthermore, a separate Banking Reserve should be established and separate fiscal and monetary policy be adopted for East Pakistan.
4. The power of taxation and revenue collection shall be vested in the federating units and the federal centre will have no such power. The federation will be entitled to a share in the state taxes to meet its expenditures.
5. There should be two separate accounts for the foreign exchange earnings of the two wings; the foreign exchange requirements of the federal government should be met by the two wings equally or in a ratio to be fixed; indigenous products should move free of duty between the two wings, and the constitution should empower the units to establish trade links with foreign countries.
6. East Pakistan should have a separate militia or paramilitary force.
The military rulers of the then Pakistan did not allow Bangalees who had an absolute majority in the Constituent Assembly to form government and frame the constitution. The late Zulfiquer Ali Bhutto whose Pakistan People’s Party did win the election in the then West Pakistan and commanded the support of a miniroty of votes in the said assembly demanded transfer of power to Bangabandhu Sheikh Mujibur Rahman in East Pakistan and to him in West Pakistan.
The subsequent negotiations were just eyewash to take time to finally unleash attack on unarmed civilians and force the war on the people of Bangladesh. The people took up arms fought for nine months and finally won victory with the assistance of Allied forces from India. 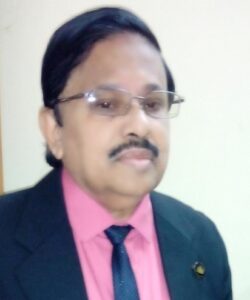