Harmanpreet Kaur`s brilliant unbeaten century went in vain as India suffered a 32-run defeat against defending champions England in their group A match of the ICC Women`s World Cup here on Sunday.

Kaur blasted 107 runs in 109 balls, laced with eight fours and two sixes, to become the second cricketer from India to slam a ton in the World Cup.
But the 23-year-old from Punjab didn`t get much support at the other end as India made 240 for nine in reply to England`s 272 in their stipulated 50 overs.
Fast bowler Katherine Helen Brunt was the top wicket-taker for England as she returned with a four-wicket haul in nine overs, while spinner Danielle Wyatt chipped in with a couple of wickets.
Chasing a target of 273, India had a dismal start as they lost their top three batters — last match centurion Thirushkamini Murugesan, Punam Raut and skipper Mithali Raj — in a span of 34 minutes and by the eighth over.
They managed to recover from 29 for 3 as vice-captain Kaur and wicket-keeper batter Karuna Jain steadied the innings with a partnership of 106 for the fourth wicket in 157 balls.
Jain scored 56 in 92 balls and her knock was laced with five fours, though she couldn`t capitalise on the `life` she got, when the English skipper dropped her on 55.

The bowler Arran Brindle struck three balls later in the same over to dismiss Jain when Laura Marsh took her catch at backward point.
Former India skipper Jhulan Goswami, who came into bat after Jain departed, also got a reprieve when Jennifer Gunn dropped her on two at extra cover off Anya Shrubsole.
Goswami made a quick fire 19 in 20 balls, with three fours before Heather Knight took a brilliant flying catch at mid-off to send her back.
Kaur then forged a 53-run stand with Reema Malhotra, but it was all over for the hosts when they lost three wickets — Malhotra, Amita Sharma and Niranjana Nagrajan — in three consequtive balls at the team score of 225 runs.

Earlier, skipper Charlotte Edwards led from the front with a hundred to help defending champions England overcome a poor start and post a challenging 272 for 8.

Edwards hit a captain`s knock of 109 to become the highest run-scorer in women`s cricket with 4901 runs, surpassing Aussie Belinda Clarke`s 4,844. She also became the 4th woman to score over a 1,000 runs in World Cup.
During her 107 minutes at the crease, Edwards struck 16 fours, before being run out.
For India, Goswami and Nagrajan grabbed two wickets apiece. The hosts, however, lost their way after a good start, allowing England off the hooks in the middle overs.
England got off to a slow start and lost opener Danielle Wyatt (2) in the fifth over, after being invited to bat.
Wyatt, who had got a reprieve when first slip fielder Thirushkamini Murugesan failed to latch on to the ball off Goswami, was dismissed in the bowler`s next over, when she was caught at mid wicket by Amita Sharma.
Having been reduced to four for one, the defending champions consolidated and Edwards forged a century stand with one-down batter Sarah Taylor.
Taylor hit three fours, including the first one of the innings, before she was run out.
England added 62 runs for the third wicket with captain Edwards and Lydia Greenway taking the attack to India. The duo extracted 15 runs of spinner Reema Malhotra`s over — the 32nd of the innings.
The two made most of the powerplay overs even though Greenway was dismissed in the process. England scored 45 runs in those five overs. Greenway`s contribution was a quick 29 off 27 balls, which comprised of five fours.
Pacer Katherine Brunt also chipped in with 21 in 16 balls and struck four fours. England then lost a clutch of wickets quickly, but the middle order ensured that the overall score stood at fighting 270.
Indian pace spearhead Jhulan Goswami and Niranjana Nagrajan snapped up two wickets apiece, while left-arm spinner Gouher Sultana picked up a one. 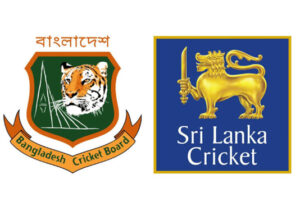 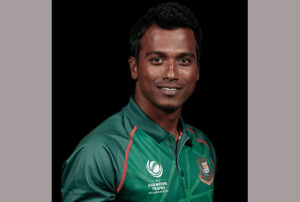 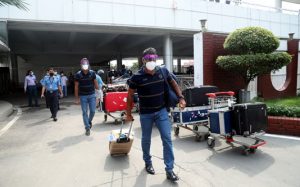