Researchers in Australia have reached a major milestone in resurrecting a unique species of frog that gives birth through its mouth, and vanished into extinction 30 years ago.In what became known as the ” Lazarus Project” at the University of Newcastle in Australia, scientists have resurrected the genome of a gastric-brooding frog, which became extinct in 1983. Also knows as Platypus frogs, the female amphibian, after external fertilization by the male, would swallow its eggs, brood its young in its stomach and gave birth through its mouth.
“We are watching Lazarus arise from the dead, step by exciting step,” Professor Mike Archer, a Lazarus Project team leader, said in a statement. “We’ve reactivated dead cells into living ones and revived the extinct frog’s genome in the process. Now we have fresh cryo preserved cells of the extinct frog to use in future cloning experiments.”
The team recovered cell nuclei from tissues collected in 1970 that were kept in a freezer, according to the university. Researchers took donor eggs from the distantly related great barred frog, and replaced their nuclei with dead nuclei from the gastric-brooding frog.
The embryos only lived for a few days, but researchers were able to confirm that the cells contain the gastric-brooding frog’s genetic material. Archer said that he is confident that the hurdles the Lararus Project team faces are “technological and not biological.”
“Importantly, we’ve demonstrated already the great promise this technology has as a conservation tool when hundreds of the world’s amphibian species are in catastrophic decline,” he said.
The gastric-brooding frog was native to Australia. Though it isn’t clear why they became extinct, loss of habitat, pollution, and parasites have been suggested as causes.
To donate to the research fund, contact the University of Adelaide.
(Source: ABC news blog via Yaho oNews) 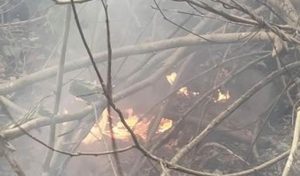 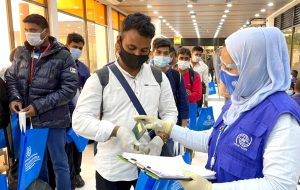