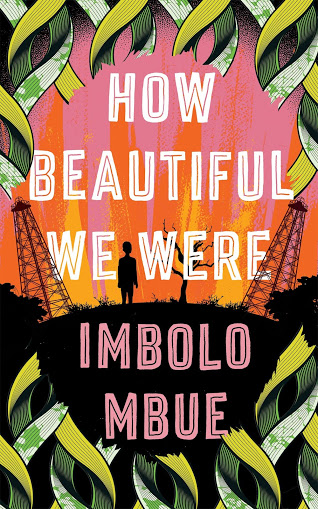 Sudhirendar Sharma
Innocent people invariably bear the cost of being nature’s custodians at the hands of the colonial design. Towards the end of Imbolo Mbue’s self-professed gruelling novel How Beautiful We Were, the unnamed narrator leaves the readers in a peculiar double bind as the familiar David-and-Goliath tale of tussle between a sociopathic oil company and a defiant forest community veers towards a nuanced exploration of self-interest. Capturing human predicament that germinates in the contaminated soil of such industrial crimes, Mbue delivers a compelling vignette of resistance and compliance, neglect and exposure, surprise and provocation, and litigation and corruption that grinds down exploited people to lose their sense of purpose.

Told through the perspectives of a generation that is willing to sacrifice everything for its people, Mbue allows the full range of human desirability to evolve amidst despair while seeking an answer to the moral indecisiveness that lets humans fight for the same things they all want. Like her award-winning debut Behold the Dreamers about an African immigrant struggling to become an American citizen, the story empathizes with the legal and constitutional inadequacy of people fighting for survival within their own country.
In this world that is fast turning emotionless and timeless, a fictional place comes alive with people with emotional range unfolding disconnect between what is assumed to be going around them and what is actually happening within them. Not leaving much to chance, the story starts by presuming its own end ‘when the sky began to pour acid and rivers began to turn green, we should have known our land would soon be dead.’

Nuanced but somewhat predictable, the possibility of an inspiring defeat at the hands of an inevitable corporate victory turns out to be a familiar story on individual suffering that often gets conveniently dispensed en masse. Mbue’s rerunning the events and repeating the collective voice dilutes the impact of narration, though.
How Beautiful We Were is about life lived closer to nature, and the cost innocent people invariably bear for being its custodians while contesting the nefarious designs of colonialism. Polemic in structure, the novel peels layers of assertive human behaviour that is thrust upon people whether they like it or not. Set in a fictional village, the story is as close to reality as it gets with complexities of human nature colliding in shaded spaces of existence. Allowing her characters the full range of decency and selfishness, Mbue excels in unravelling dichotomies of existence with panache, wisdom, and courage. Such powerful novels rekindle human spirit for redemption.
How Beautiful We Were
by Imbolo Mbue
CanonGate/Penguin RandomHouse, New Delhi
Extent: 364, Price: Rs. 699.
(Sudhirendar Sharma is a writer on development issues based in New Delhi, India)
First published in The Hindu, issue dated May 16, 2021.