Mostafa Kamal Majumder
Foreign Minister Dipu Moni who briefed the members of the foreign diplomatic missions in Dhaka on Thursday (March 7) reportedly faced a volley of searching questions on the current explosive situation in the country and what the government was doing about it especially in view of the upcoming general elections.The minister told them in response, “It’s unfortunate that … a false and malafide notion had gained some sympathies within the political circles and media establishments of some of our friendly countries without delving into the antecedents of the accused and the convicted criminals.”
Some diplomats are reported to have expressed their concern at the deteriorating law and order situation, the political confrontation translating into increasingly deadly clashes, and on questions raised about the credibility of ICT trials. Diplomats of 40 countries based in Dhaka attended the briefing at the foreign office.
On reports published and comments made at home and abroad on the ICT trials Dipu Moni told the foreign diplomats, “… misguided demonstration of support in certain foreign countries has been used by the Jamaat-Shibir to drive home their point among their local sympathisers about these trials being a pretext for political persecution only.”
However the minister’s expression that the government remains open to any constructive and legally feasible suggestions to ensure further international standards in the trials in line with the evolving process through which they have been taking shape, remained unclear.
The minister tried to alley apprehensions saying, “….there is expectation that the international community would take a holistic perspective about the ongoing trial and its significance for our nation building efforts, rather than looking at them only through the frame of the technicalities or procedures involved in the trials.”
From the diplomats basically three questions were put on the government’s plan on imposing a ban on Jamaat, possible army deployment and the money being spent behind violence and its source.
“There’s already a lot of discussion in the public domain regarding the matter. Some independent researchers are looking into it. And the government is also investigating the matter,” she told the diplomats, urging them to react to what she termed as the fabricated propaganda by Jamaat-Shibir and their allies and supporters against the war crimes trial.
The minister’s assertion that the government was open to any feasible suggestions reflected a cautious response to the concerns expressed. The diplomats had the information about the comments made on the trials by the U.S. Ambassador at Large for War Crimes Issues Stephen J. Rapp, the critical remarks made by the Washongton-based Human Rights Review, British House of Lords members – Lord Carlyle and Lord Avebury – and the revealation by the prestigious British weekly The Economist of skype conversation on the progress of the trial by former presiding judge of ICT-I Justice Nazmul Haque Nasim and Brussels–based activist Ziauddin Ahmed.
Added to this was the creation of pressure on the ICT to award only capital punishment to the accused, and to ban the Jamaat with whose support the Awami League had come back to power in 1996, twenty-one years after losing power in the bloody coup of 1975.
The government has drawn the first attention to the next general polls seeking votes without paying heed to the opposition demand to make elections credible. At the same time the ruling alliance has started advocating the banning of Jammat, now an ally of the BNP. Notably, apart from the two BNP leaders facing trial by ICT, almost all BNP leaders including their chairperson the acting secretary general face case after case that could help land them in jails.
Disproportionate use of force to stop peaceful processions of 12 Islamic parties – who protested against some blasphemous bloggers – and even against the BNP gave credence to the suspicion that the motive was more to scuttle the opposition to easily secure win in the next general election, by diverting people’s attention from the huge cases of corruption and monumental governance failures. Bangladesh’s friends who appreciate yawning gaps between the government and opposition, I is believed, would have a moderating influence on the warring sides it gets too late.
08 March ‘13 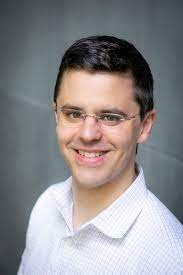