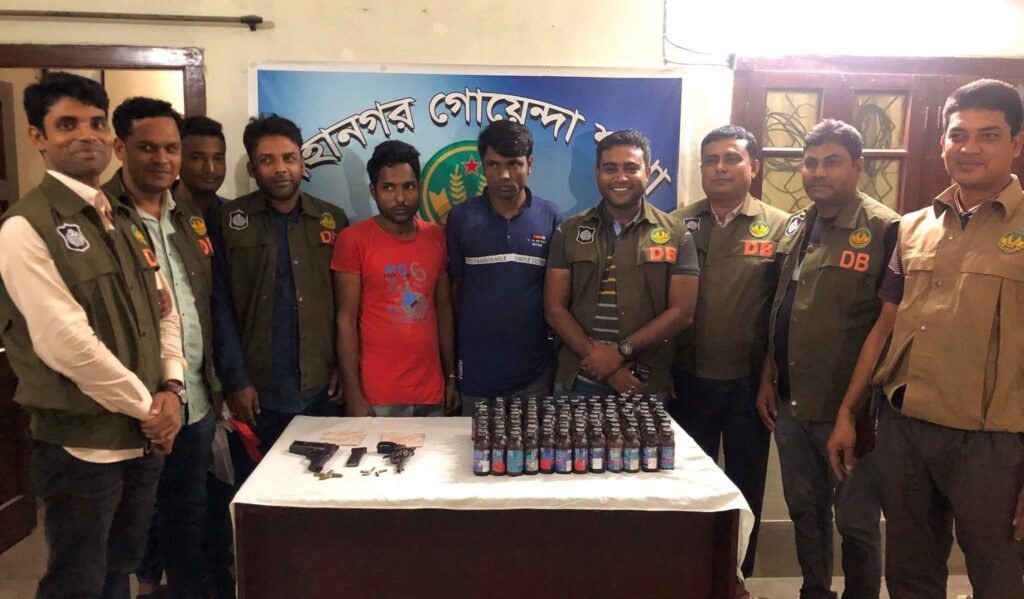 Rajshahi, Oct 25 – Police arrested two people allegedly along with two foreign-made firearms, 200 bottles of phensidyl and 200 grams of heroin in Naderhajir more area in the city on Thursday night. The arrestees are Azhar Uddin, 27, son of Sydur Rahman of Harian Purbopara and Momin, 32, son of Rustom Ali of Choto Bongram area.
Based on secret information, a team of detective police led by deputy commissioner Abdullah Al Mamun conducted a drive in the area and stopped a private car on suspicion, said sub-inspector Mahmud Hasan.
Police recovered the firearms and drugs searching the vehicle, he added.
The arrestees are involved in drug and arms trade for a long time and two cases–one under the Narcotics Control Act and another under the Arms Act will be filed against them, said Abdullah Al Mamun, deputy commissioner of police.- UNB