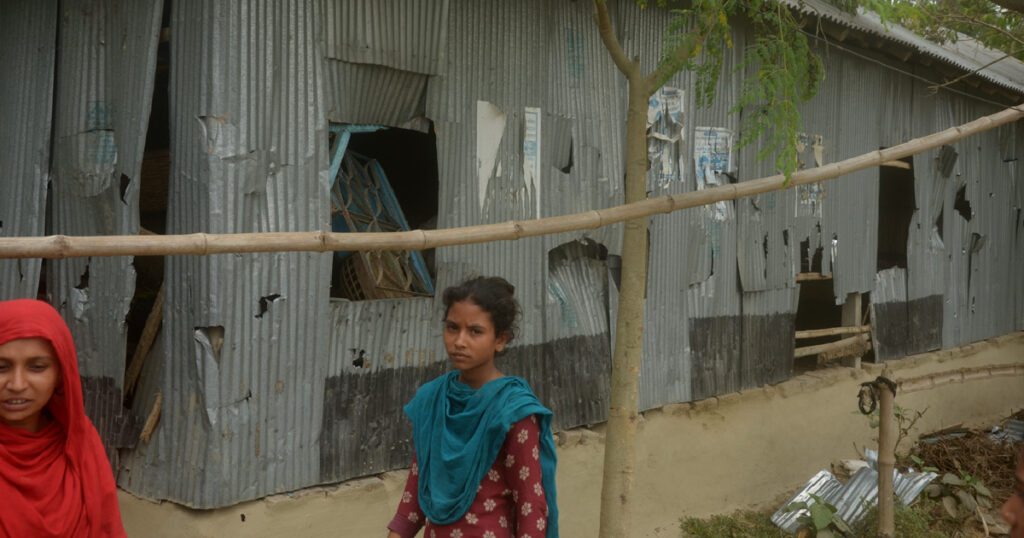 Over 50 houses ransacked
Kushtia, Apr 8 – At least 20 people including two policemen were injured in a turf battle between two local Awami League (AL) factions Thursday in Kushtia’s Khoksa Upazila. Over 50 houses were also ransacked at village Komorbhog of the Upazila during the hour-long mayhem, following a factional clash on Wednesday.
There had been a long-running feud between local AL leader and Osmanpur Union Parishad Member Jabed Ali and AL activist Noyon, Kamruzzaman Talukdar, officer-in-charge of Khoksa Police Station, said.
A chase and counter chase took place on Wednesday between the supporters of the two groups following an altercation.
Next, supporters of the two groups swooped down on each other with sharp weapons on early Thursday, the OC said.
Locals rescued the injured and sent them to Khoksa Upazila Health Complex where the doctors referred critically wounded Shahjahan Ali, 45, to Kushtia General Hospital, Kamruzzaman said.
An uneasy calm is prevailing in the village now after the clash.
“Three cases were filed with the police station in connection with the incidents and 19 have been arrested. Additional policemen have been deployed at the area,” Kamruzzaman said. – UNB