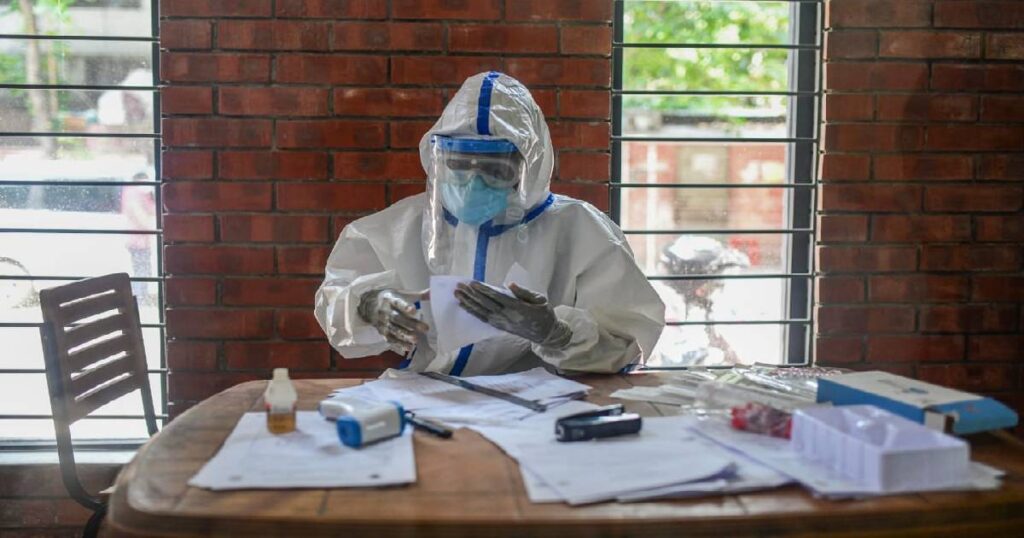 Bangladesh on Tuesday saw a big jump in coronavirus cases after the health authorities confirmed the detection of record 3,862 new patients in the last 24 hours, raising the total cases to 94,481.Covid-19 disease claimed highest 53 lives during the same period, taking the death toll in the country to 1262.
Additional Director General of the Directorate General of Health Services (DGHS) Prof Dr Nasima Sultana came up with the discloser at its daily online briefing.
In the last 24 hours, 61 laboratories across the country tested 17,214 samples, she added.
Besides, 2,237 more people made recovery from the disease during the same period.
Bangladesh confirmed its first cases on March 8 and the first death on March 18 but it has been seeing a sharp rise in both new cases and deaths in recent weeks.
In an effort to prevent transmission of coronavirus and improve the situation, the government on has issued some directives imposing restrictions on the movement of people.
The Cabinet Division issued the directives on Monday which will remain in force until June 30. Weekly holidays will be included in the directives.
According to the directives, all government offices, non-government, autonomous, private offices and their employees and staffers under ‘red’ zone will be under general holidays and the Public Administration Ministry will take necessary measures in this regard.
The life and livelihood, movement of people in red, yellow and green zones under Bangladesh Risk Zone-Based Covid-19 Containments implementation Strategy guide, provided by Health authorities will be strictly controlled.
No one will be allowed to go out of his/her home from 8pm till 6am without emergency work (emergency purchasing, work place, medicine purchasing, treatment, and burial process).
People will have to maintain health issues when going out for emergency work or they would face legal action.
All have to abide by the directives provided by the Health Department during this period.
Red Zones in Bangladesh
Some areas of the two city corporations in Dhaka, Chattogram, Narayanganj, Narshingdi and Gazipur district have been marked as ‘Red zones’ to contain the spread of coronavirus.
Seventeen areas under Dhaka North City Corporation (DNCC), 28 areas under Dhaka South City Corporation (DSCC), 11 areas in Chattogram, Sadar, Rupganj and Araihazar upazilas of Narayanganj, Narsingdi Model and Madhabdi thanas, Palash upazila in Narsingdi district and all upazilas of Gazipur district will be declared as Red zones.
Those areas are being considered as Red Zones in Dhaka and Chattogram city corporations where 60 cases in last 14 days or among 100,000 population were detected, according to a source of DGHS, reports UNB.