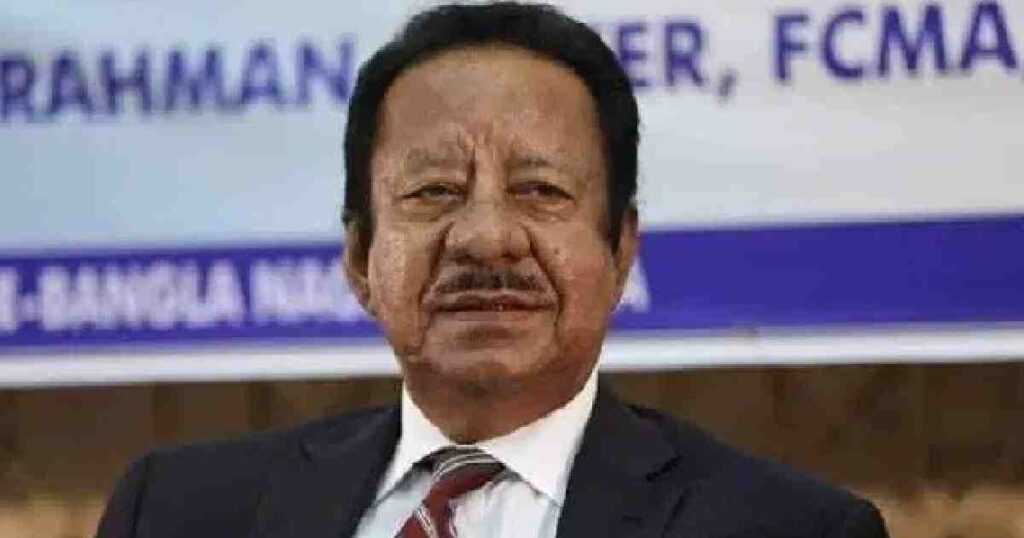 Dhaka, Aug 05 – Former state minister and BNP vice-chairman Mannan died at a hospital in the capital on Tuesday night. He was 78. Mannan, also a former president of Dhaka district unit BNP, breathed his last around 9:07 pm at Evercare Hospital while undergoing treatment for kidney problem and other old-age complications,” said his son-in-law and BNP leader Barrister Nasiruddin Asim.
He said Manan was admitted to the hospital on Sunday as his condition deteriorated.
He is survived by one daughter and a host of relatives and well-wishers to mourn his death.
The first namaz-e-jaanza of Mannan will be held at BNP’s Nayapaltan central office at 11 am on Wednesday and the second one at Dhanmondi Eidgah ground at 12 pm, the third one in the field of Nawabganj’s Dalimpur Rahmania High School at 3 pm and the fourth and final one at Dohar College field at 4 pm.
Later, he will be buried beside the grave of his wife at Azimpur Graveyard.
Manna had been elected MP for four times from Dhaka-2 seat from 1991-2001 with BNP’s ticket. He was made the state minister for Civil Aviation and Tourism when BNP formed government in 1991.
He also worked as the president of the South Asian Federation of Accountants (SAFA) and the Pacific Asia Travel Association (PATA). He was also the district governor of Rotary Bangladesh.
BNP acting chairman Tarique Rahman and secretary general Mirza Fakhrul Islam Alamgir expressed deep shock at his death.
In separate condolence messages, they prayed for the salvation of the departed soul and conveyed their sympathy to the bereaved family members. – UNB