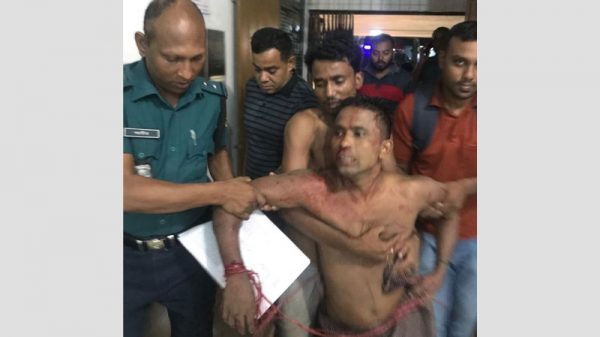 Dhaka, Feb 23 – About 30 per cent of the total detained in different prisons in the country is accused in drug-related cases. The total number of drug-addicted detained accused is 4,016. This was disclosed at a meeting of Parliamentary Standing Committee on Home Affairs Ministry held at Jatiya Sangsad yesterday with its chairman Shamsul Haque in the chair.
The meeting was also informed that as of February 9, about 26,678 people were detained in different prisons in drug-related cases which is 30 per cent of the total detained accused, meeting sources said.
Earlier on February 10, Minister for Home Affairs Asaduzzaman Khan Kamal said country’s prisons have the capacity to detain 40,944 people and the number of detained people was 88,000 against the capacity.
The Home Ministry informed that meeting that different agencies filed about 130,681 cases implicating 171,752 people in last year.
The Ministry has taken different initiatives including strengthening the directorate of narcotics, installation of international standard interrogation unit, introducing criminal data management system, purchasing intelligence equipment and drug identifying machines, setting up mobile trackers and installation of digital forensic investigation lab.
The meeting was also informed that the yaba smugglers in Myanmar are suing a root through Bangladesh and three bilateral meetings in between Bangladesh and Myanmar were held in this connection. Myanmar has been invited to join the next meeting in Dhaka on March 14.
Committee members Habibur Rahman, Shamsul Alam, Kujendra Lal Tripura, Pir Fazkur Rahman, Noor Mohammed and Sultan Mohammed Mansur, were present at the meeting. – Staff Reporter