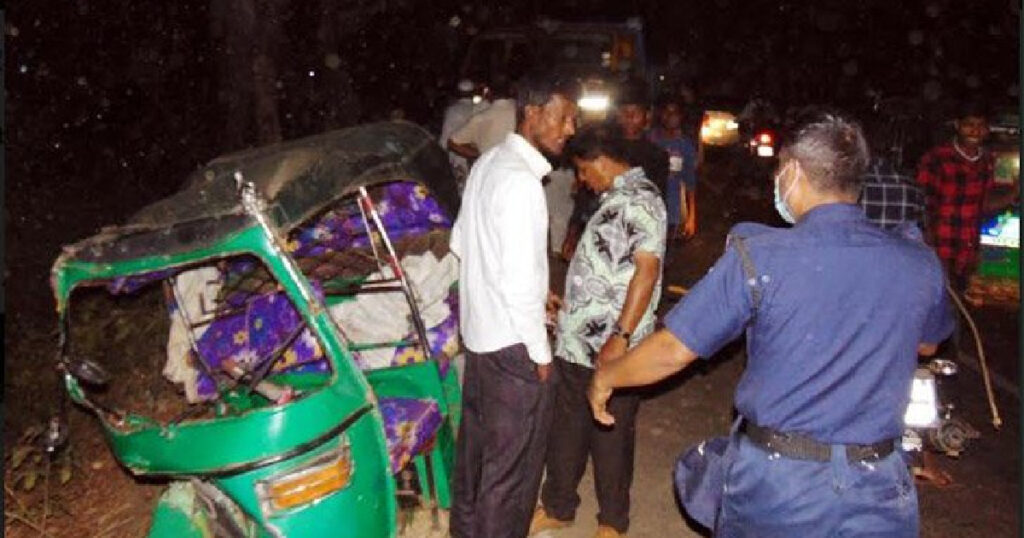 Chittagong, Mar 26: Four passengers were killed and three more were injured as two CNG auto-rickshaws were hit by a truck at Rangunia Upazila on the Chattogram-Kaptai Road. The incident took place around 8 pm on Thursday (March 25) in the Kalugotta area of Chandraghona-Kadamtali union in Rangunia.
The deceased were identified as Daisy Dutt (35), Abul Kalam (7), Md. Akbar Hossain (25) and child Adrish Souma.
Rangunia Police Station Officer-in-Charge Mahabub Milki said the two CNG autorickshaws collided with a Chattogram-bound truck from the Chandraghona area of Rangamati at Balugutta. Four passengers were taken to Chattogram Medical College Hospital in critical condition and the on-duty doctor declared them dead.
He added that the bodies were kept in the morgue of the hospital and the injured are being treated, reports UNB.