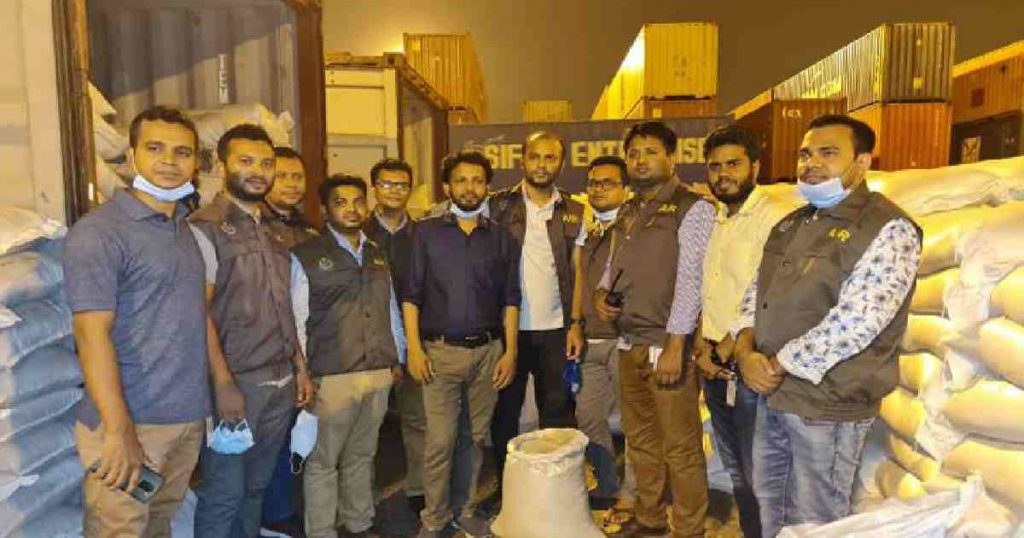 Chattogram, June 1 :  Customs authorities on Tuesday claimed to have seized 42 tonnes of poppy seeds worth Tk 15 crore at Chattogram port.Officials said that the poppy seeds were imported from Malaysia by a trader based in Old Dhaka — Ajmin Trade Center — in the garb of mustard seeds. The seizure was made on a tip-off.
On April 18, Ajmin Trade Center’s clearing agent Hotline Cargo International submitted a bill of entry to the Chattogram Customs department to unload the consignment of two containers and paid Tk 1,42,497 as duty for mustard seed imports.
On a tip-off, the Audit, Investigation and Research (AIR) team of Customs House Chattogram suspended the release process and conducted a physical examination of the consignment.
Upon the physical examination, 12 tonnes of mustard seeds and 42 tonnes of poppy seeds were found in place of the 54 tonnes of mustard seeds declared by the importer.
Mustard seeds were found in sacks kept near the door of the container, while sacks containing poppy seeds were kept in the rear side.
Rezaul Karim, Assistant Commissioner, AIR Branch, Chattogram Custom House, said samples of the seized poppy seeds were subsequently sent to the Narcotics Control Department in Dhaka for chemical testing.
The government agency has certified that those are indeed poppy seeds, the official added.
According to international market price, the value of the seized 42 tonnes of poppy seeds is around Tk 15 crore.
However, the importer has paid Tk 22 lakh through the letter of credit for the import of mustard seeds, and thus may have violated the Prevention of Money Laundering Act.
The Bangladesh government has banned the import of poppy seeds as they are used to make various drugs, including opium.
Chattogram Customs House is preparing to file a case accusing the importer. The Anti-Money Laundering Unit of the department is also looking into possible violations of the the Prevention of Money Laundering Act, reports UNB.