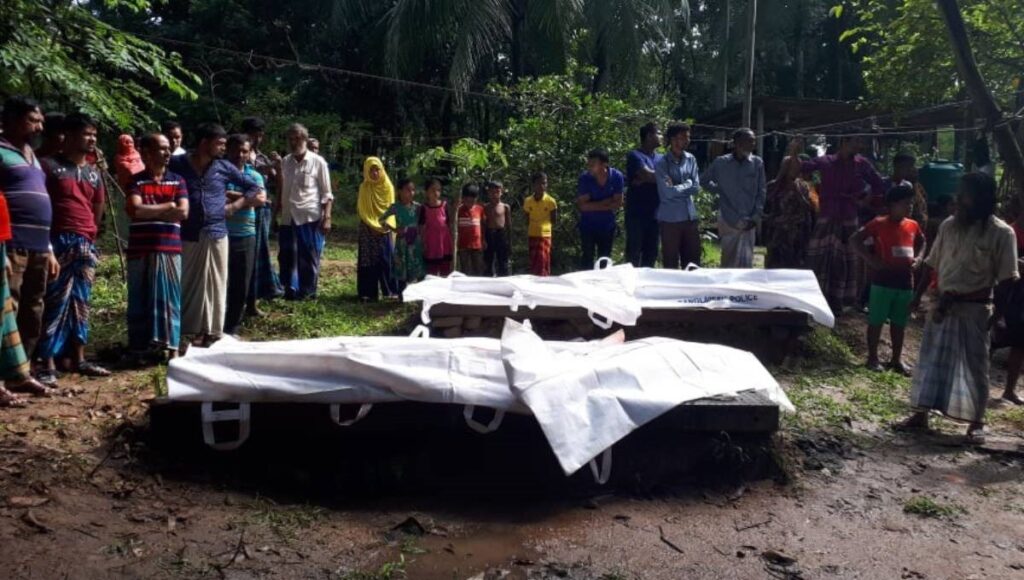 Cumilla, Aug 18 (UNB) – At least eight people, including six members of a family, were killed and another was injured as a bus crashed into an auto-rickshaw on Cumilla-Noakhali regional highway at Jamtola in Lalmai upazila on Sunday noon.

Family’s youngest member Rifat, 8, who is now the lone one, survived the accident with severe injuries. He was sent to Dhaka Medical College Hospital for better treatment.

Three of the injured died while undergoing treatment at Baghmara Health Complex.

Police recovered the bodies and sent those to Comilla Medical College Hospital morgue.