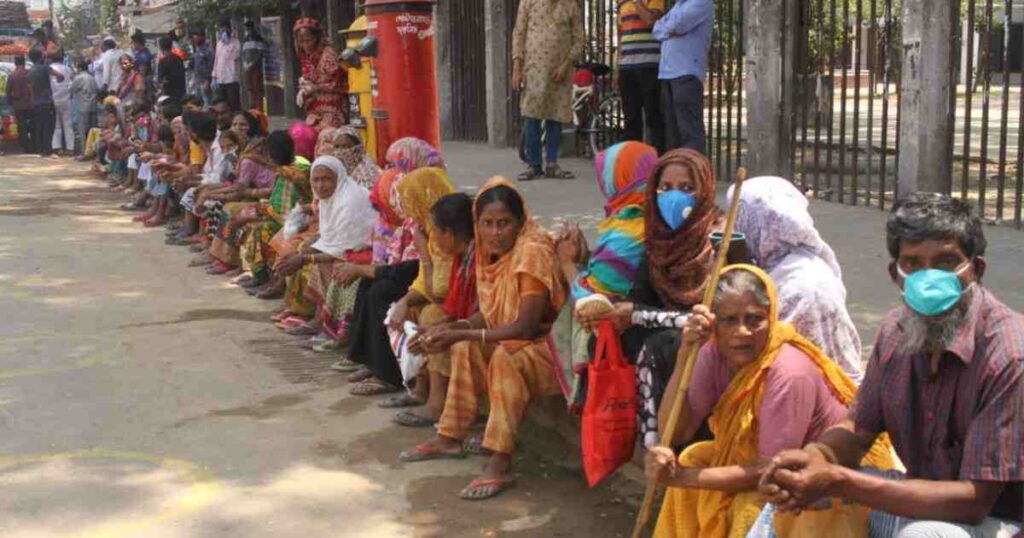 At least 64 percent children from marginalised groups and their families are currently facing severe food crisis amid Bangladesh’s general holiday to contain the spread of coronavirus, Save the Children said Tuesday.

The data were collected over phone from 121 children aged between 10-18 in urban slums, tea gardens and disadvantaged rural areas, the organisation said in a press release.

It showed that food scarcity in the families have reached to critical stage as earning members are jobless.

Millions of people were left without a job after the government shut down all non-essential services as it announced a general holiday in late March. The holiday was later extended to May 16 and sources in the government say it will be extended further.

Among the 121 respondents in Save the Children’s survey, 40 percent were boys and 60 percent girls and children with disabilities while most of them yet to receive any aid from the government or any private organisations.

The data projected that the number of initiatives announced by the government over the pandemic, including the distribution of food, has not reached the majority of underprivileged people and the private initiatives are also inadequate.

“This crisis has negative impact on children’s physical and psychosocial conditions. We tried to reach the most marginalised children to collect their perceptions and opinions on this crisis,” said Abdulla Al-Mamun, Director of Child Protection and Child Rights Governance of Save the Children in Bangladesh.

He said they hope the findings will draw the government’s attention for prompt and effective steps to minimise the adverse impact on children.

The child rights organisation also called for coordinated community, national and global action to protect the generation from COVID-19 and avert the catastrophe.UNB