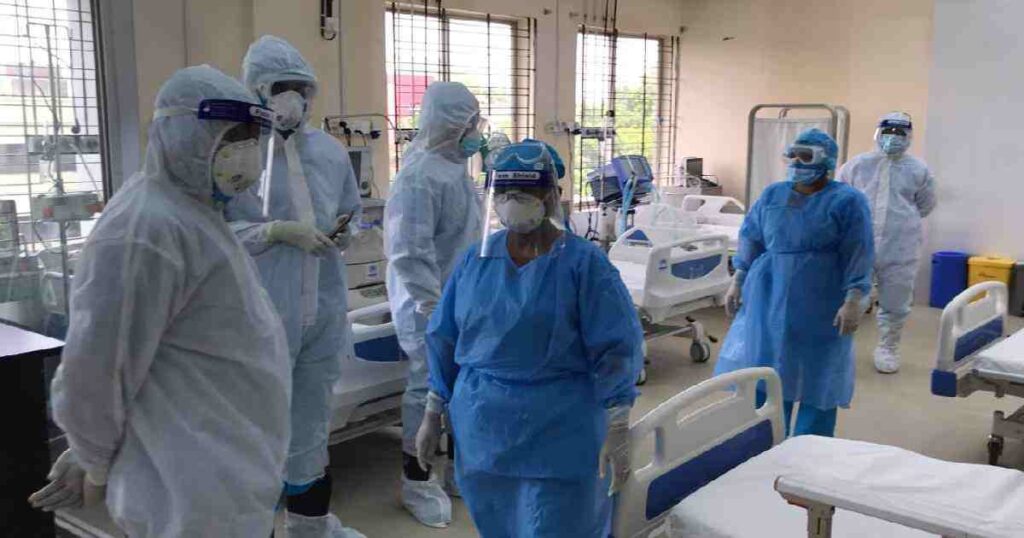 At least 7,000 health workers have died around the world after contracting COVID-19, said a new analysis by Amnesty International. At least 1,320 health workers are confirmed to have died in Mexico alone, the highest known figure for any country.
Amnesty International also recorded high numbers of health worker deaths in the USA (1,077) and Brazil (634), where infection and death rates have been high throughout the pandemic, as well as alarming figures in South Africa (240) and India (573), where infection rates have soared in recent months.
“For over seven thousand people to die while trying to save others is a crisis on a staggering scale. Every health worker has the right to be safe at work, and it is a scandal that so many are paying the ultimate price,” said Steve Cockburn, Head of Economic and Social Justice at Amnesty International.
“Many months into the pandemic, health workers are still dying at horrific rates in countries such as Mexico, Brazil and the USA, while the rapid spread of infections in South Africa and India show the need for all states to take action.
“There must be global cooperation to ensure all health workers are provided with adequate protective equipment, so they can continue their vital work without risking their own lives.”
In the 13th July report Amnesty International found that over 3,000 health workers had died after contracting COVID-19. The latest figures are driven by increasing rates of COVID-19 in several countries, as well as the availability of new data sources.
The countries with the highest estimated numbers of health workers who have died from COVID-19 include Mexico (1,320), USA (1,077), UK (649), Brazil (634), Russia (631), India (573), South Africa (240), Italy (188), Peru (183), Iran (164) and Egypt (159).
Figures for countries may not always be directly comparable due to different methods used to collect data, and definitions of health workers used in different countries.
These figures are likely to be a significant underestimate, due to underreporting by many of the countries included in the analysis. – UNB