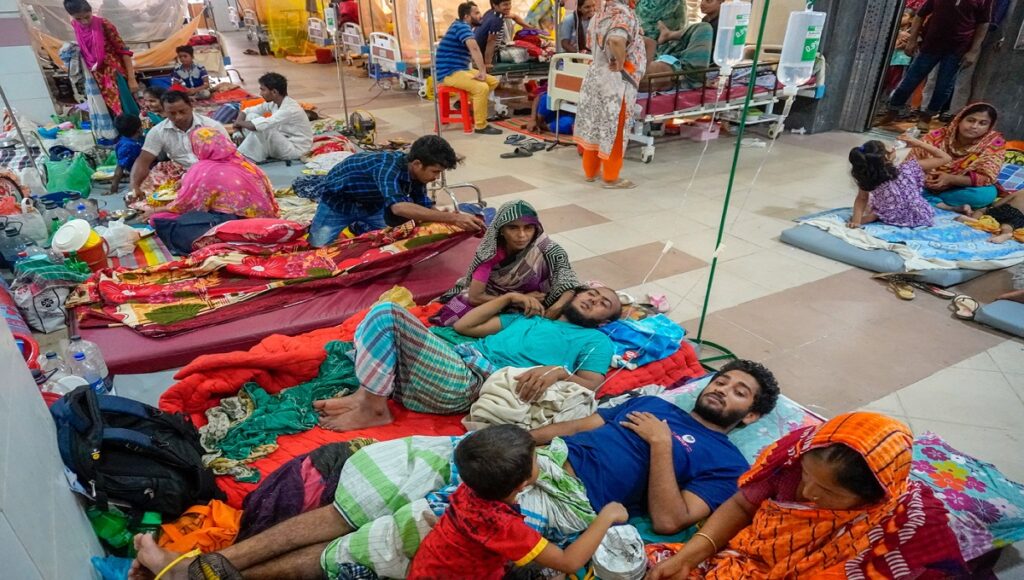 Dhaka, Sept 06 – At least 793 patients, infected by dengue mosquito-borne disease were admitted to the different hospitals across the country on Friday.Among them, 325 people with dengue were admitted to various hospitals in Dhaka, and 468 people were admitted to hospitals outside Dhaka.
The Directorate General of Health Services (DGHS) control room, in a press release issued on Friday, said the number of patients currently undergoing treatment in government and private hospitals in the country is 3,337.
In total, 1,704 patients are currently receiving treatment in 41 government and private hospitals in the capital, whereas a total of 1,633 patients are undergoing treatment outside the capital.
As of now this year, the number of recorded dengue patients has hit 75,146. Among them, at least 52,636 were hospitalised in August alone, the data said.
A total of 71,617 patients have already been released from hospitals.
About 95 per cent of the dengue patients admitted to different hospitals across the country have been released from hospitals after treatment, according to health officials.
The DGHS has so far analysed 96 out of 192 cases of death and confirmed 57 deaths to have been caused by the mosquito-borne disease. – Staff Reporter