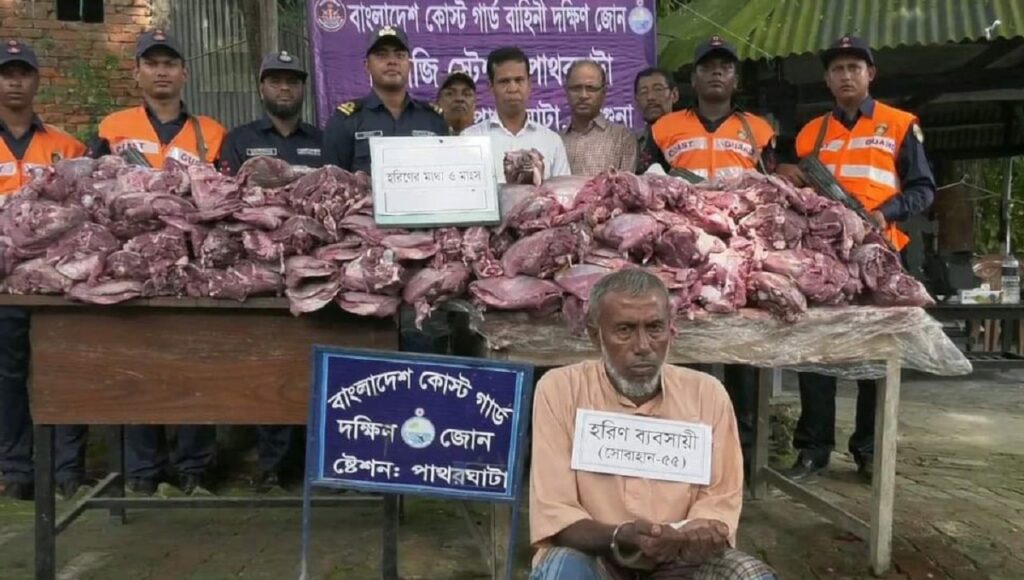 Barguna – Coast Guard members in a drive arrested a man along with 800 kgs of venison from a boat at Bihanga Island in Patharghata upazila on Saturday night.

The arrestee was identified as Abdus Sobhan, 56, the boatman of the engine-run boat.Tipped off, a team of Coast Guard members conducted a drive in the area and seized 800 kgs of venison from the boat around 11:30 pm, said Coast Guard Patharghata Station Commander Lieutenant Biswajit.

They also arrested the boatman in this connection. Later, he was handed over to the local administration.The Forest Department filed a case against him.

Patharghata Senior Judicial Magistrate sent him to jail when police produced him before the court on Sunday.The court also asked the authorities concerned to destroy the seized venison in proper way.UNB