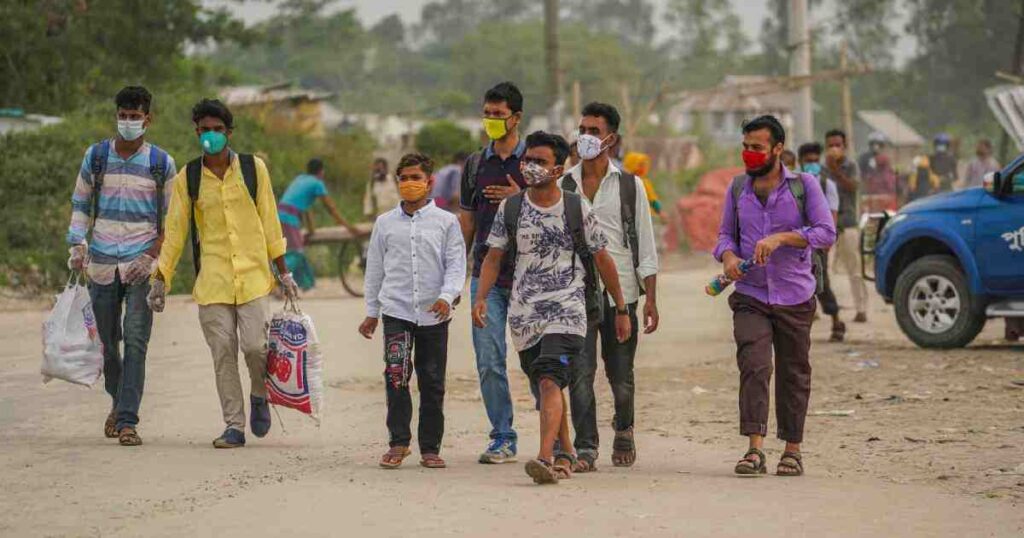 Dhaka, Nov 01 – Some 28 percent youths aged above 18 left studies to support their families amid the Covid-19 pandemic in Bangladesh, according to an online survey conducted by Citizen’s Platform for SDGs, Bangladesh.
Almost 80pc of the respondents said their household incomes declined, which adversely affected the education of the youth, particularly the female, it said.
The online survey was conducted from October 18 to 27 last to bring out the major concerns for the youth population amidst the pandemic, focusing on three major fields — education, employment and digital access.
The findings were disclosed at a dialogue titled “Covid-19 and Bangladesh: A Youth Agenda for Recovery” held online on Sunday coinciding with the ‘National Youth Day 2020’.
The total number of respondents is 1,163 – 863 males and 299 females – and 70pc respondents are from rural areas. Some 60pc of the respondents are from the 18-23 age group, while 25pc from the 24-30 age group and the remaining 15pc from the 31 or above group.
Dr Debapriya Bhattacharya, the platform’s convenor, said the introduction of unemployment allowance should seriously be considered in the next national budget as part of the Covid-19 response.
He said the problem of the youth population is usually generalised in the policy framework.
“The youth population is not homogeneous. One group is engaged and the other group is alienated. The specific problem of physically challenged, indigenous groups, youths living in remote places and also problems of young women have to be addressed specifically,” Bhattacharya added.
Prof Mustafizur Rahman, a member of the platform, said it would not be possible to implement the ‘leave no-one behind’ concept of the Sustainable Development Goals (SDGs) without the active participation of the youth population.
In this context, he stressed the need for addressing a number of gaps, particularly the skills gap, finance access gap, rural-urban gap and gender gap among the young population.
Jatiya Party MP Shameem Haider Patwary stressed the need for strengthening the vocational education in every Upazila to build the youth population with job-oriented skills.
“The government will have to strengthen the vocational education in every Upazila to enhance skills and build the young generation with job-oriented skills,” he said.
Noting that the Covid-19 badly affects the current students, he said this pandemic dealt a big blow to the private universities in particular as some 10-15 percent of their students may leave study.
The MP, however, said he doesn’t support the concept of unemployment allowance and argued that training allowance should be given to the unemployed youths for 5-6 months so that they can become skilled.
Representatives from the business, entrepreneurs, transgender and differently-abled communities spoke at the function moderated by CPD Senior Research Fellow Towfiqul Islam Khan.
Placing the survey report, Tamara E Tabassum said more than two-thirds (69pc) of the respondents reported a significant reduction in income, while only 12 out of 1,163 respondents reported that their income increased during the pandemic.
The survey report says almost two-thirds of the respondents are reported to be depressed about the future whereas only 10pc respondents are hopeful about future prospects. Some 9pc respondents reported that they faced difficulties finding a job after graduation.
In case of digital access, half of the respondents reported not having appropriate equipment such as smartphones, laptops and computers as their main problem to cope with the new digitised system of education and employment, it said.
Some 77pc of the respondents did not receive any support from the government, while 67pc did not receive any support from either government or NGOs, says the survey report.
Some 70pc respondents said the monthly unemployment benefit is necessary and it should be Tk 5,000 per month. – UNB