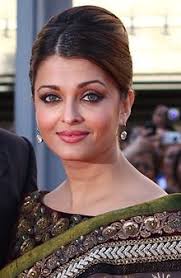 If there is one star from the Indian Film Industry who has managed to make a mark in Hollywood as well, it is Aishwarya Rai Bachchan. The global star has always managed to pick up projects in Bollywood and Hollywood that went on to do great business. Many of her Hollywood films like ‘The Mistress of Spices’, ‘Provoked’, ‘The Last Legion’ and ‘The Pink Panther 2’, established her as a major motion picture actor in the west as well. However, amidst all that, she never gave up on Indian cinema.
Now, as per reports, we hear that Aishwarya apparently turned down a film with Brad Pitt. Yes, as per a report in Cosmopolitan, Aishwarya was offered a role opposite Brad Pitt in his film ‘Troy’. She was approached to play Briseis. However, the beautiful actor turned it down. She did so as she wasn’t comfortable shooting some steamy scenes which were a part of the plot. Eventually, Rose Byrne was roped in to play the role. ‘Troy’ turned out to be a major box office success, which went on to make close to $500 million worldwide, and was nominated for one Academy Award.
On the professional front, Aishwarya was last seen in ‘Fanney Khan’ which starred Anil Kapoor and Rajkummar Rao. Her performance in the film was appreciated. However, the film didn’t really do well at the box office. There were reports that she was planning to take up a project with hubby Abhishek Bachchan titled, ‘Gulab Jamun’. The two were expected to be seen romancing each other in the film after a long time. However, that also didn’t materialize and they both decided to turn down the film, reports Agencies.