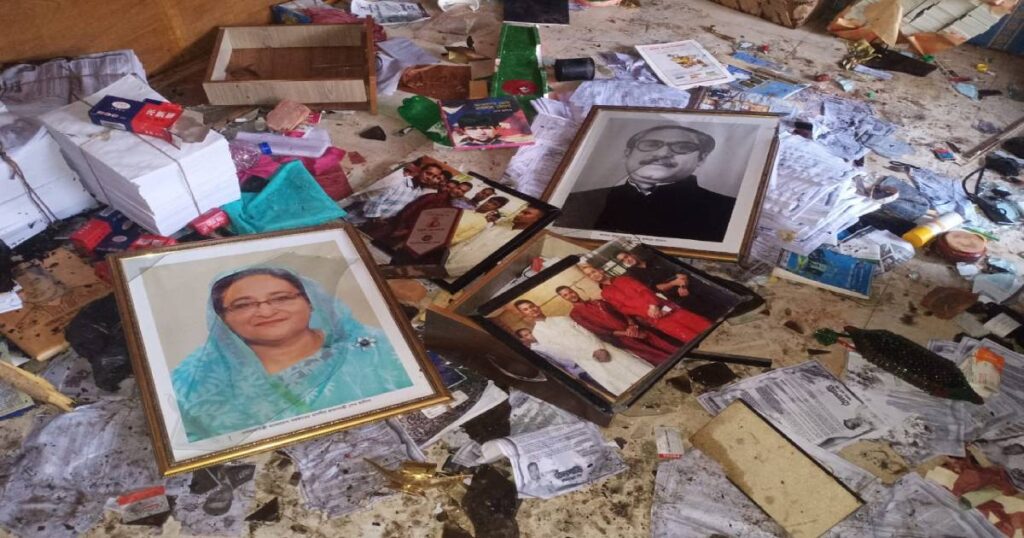 The office of ward number 56 independent councillor aspirant was vandalised and torched, allegedly by Awami League-backed candidate in Borogram area in Kamrangirchar on Friday afternoon.

Saidur Rahman Ratan, Kamrangirchar Awami League general secretary, said his rival Md Hossain came to his office with 500-600 of his followers and ordered him to withdraw from Dhaka South City Corporation polls scheduled for Feb 1.

He claimed that they vandalised and torched his office when he refused to stand down.

Witnesses said that they heard between 15 and 20 gunshots during the attack. Keraniganj police confirmed that shots were fired but Officer-in-Charge Mashiur Rahman could not say which side had opened fire.

Rahman said two groups clashed around 3:30pm. “We took the situation under control within half an hour,” he said.

Five to six followers of Saidur Rahman were injured. They received first aid at local hospitals, the OC said.

Md Hossain, the AL-backed candidate, could not be reached for comments despite repeated attempts.