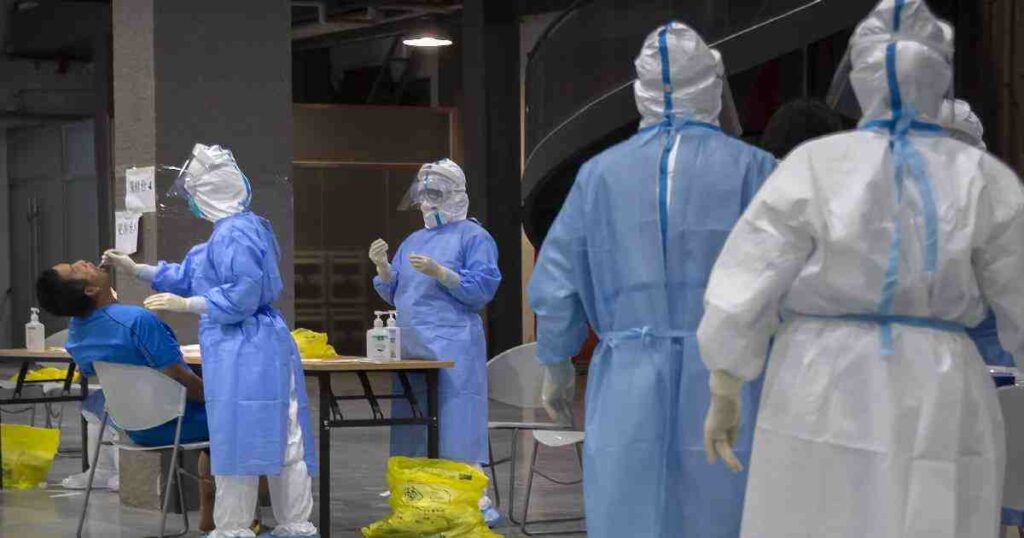 Dhaka, Mar 15 : Amid the fear of a fresh wave of Covid-19 and detection of UK variant of the virus, Bangladesh witnessed a sharp increase in the number of deaths and new cases on Monday.The deadly virus claimed 26 more lives and infected 1,773 more in the last 24 hours till Monday morning.
With the latest figures, the Covid-19 fatalities climbed to 8,571 while the total infections to 559,168, according to a handout of the Directorate General of Health Services (DGHS).
The daily infection rate jumped to 9.48 percent from 7.15 percent on Sunday.
But the mortality rate remained static at 1.53 percent for last three days which was 1.54 percent in the past few weeks, the DGHS said in the handout.
The virus infection rate had come down to below 5% on January 19 last. It even had come down below 3 percent. However, the infection rate soared again on Tuesday last as it increased to 5.13%.
The infection rate was 5.98% on Wednesday while 5.82 percent on Thursday, 6.62% on Friday and 6.26% on Saturday.
Besides, 1,432 people recovered from the virus infections during the period. So far, 513,127 patients (91.77 percent) have recovered, according to the DGHS.
Bangladesh reported its first cases on March 8, 2020 and the first death on March 18 in the same year.
Authorities have so far tested 4,283,246 samples, including 18,695 in the past 24 hours, reports UNB.