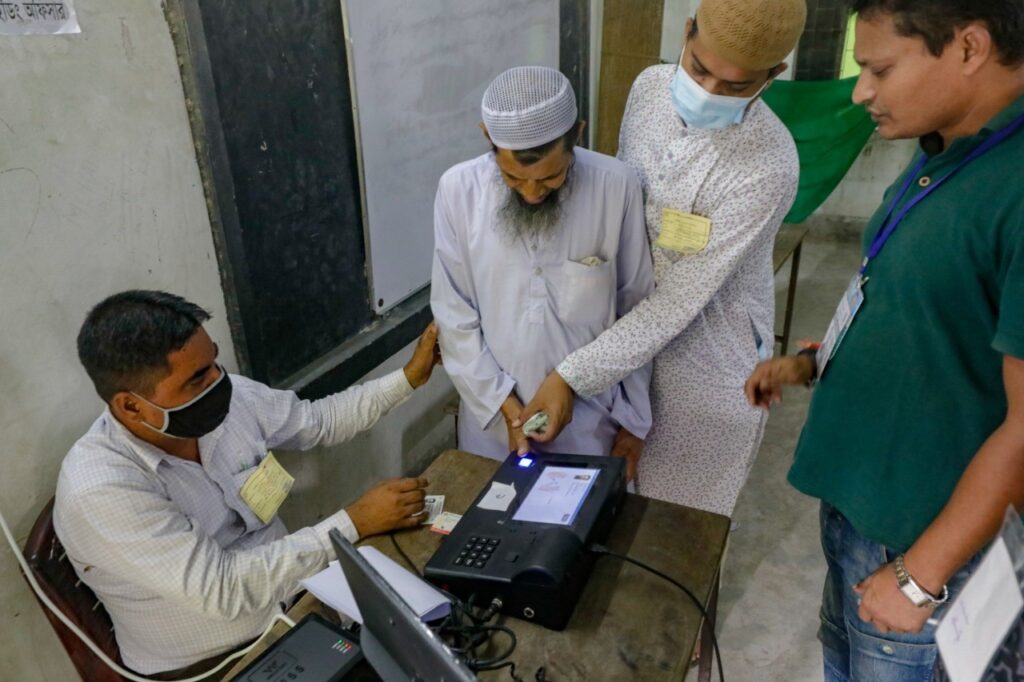 Dhaka, Oct 17 – Awami League candidate Md Kazi Monirul Islam was unofficially elected in Dhaka-5 by-polls held with the use of EVMs amid the low turnout of the voters on Saturday.
Kazi Monirul Islam won the election beating his nearest rival BNP contender Salauddin Ahmed by a huge margin of 42,716 votes.

Monirul secured 45,642 votes, while Salauddin bagged only 2,926 votes, according to the unofficial result announced by returning officer GM Shahtab Uddin.
Mir Abdus Sabir of Jatiya Party obtained 413 votes, Md Arifur Rahman of NPP got 111 votes, and Md Ansar Hossain Sikdar of Bangladesh Congress secured 49 votes in the by-polls.
The voter turnout was only 10.43 percent as 49,141 out of total 4,71,129 votes were cast under the 187 polling stations in the parliamentary seat comprised of 14 wards ( 48-50, 60-70) of Dhaka South City Corporation (DSCC) in Demra and Motijheel police stations.
The Dhaka-5 seat fell vacant following the death of Awami League MP Habibur Rahman Mollah on May 6 last. – UNB