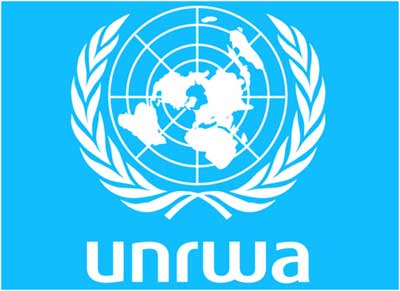 By Charlotte Munns
UN, Jun 2019 (IPS) – The United Nations Relief and Works Agency for Palestine Refugees in the Near East (UNRWA) has been forced to justify its existence at the United Nations ahead of a pledging conference later this month.
UNRWA came under fire by Jason Greenblatt, US Special Envoy for International Negotiations, at a Security Council meeting late last month.
Allegations and criticism raised by Greenblatt did little to aid the already precarious financial situation of the Agency. Last week, UNRWA held a press conference at the UN in an attempt to raise awareness — and funds for their work.
The supports around 74% of Gaza’s and also has major operations in the West Bank and Jordan, where millions of Palestine refugees reside. The Agency provides food aid, social services, education infrastructure.
UNRWA requires US$1.2 billion to fund all its operations in the coming year. However, fears have been raised regarding their ability to do so. Unless the Agency is able to secure at least US$60 million by the end of this month, their ability to provide food aid to over 1 million Palestine refugees seems uncertain.
The Agency is funded predominantly by Member States, the European Union regional governments. These sources contribute 93% of funds. Private individuals and non-governmental sources contributed over US$17 million in 2018.
Matthias Schmale, Director of UNRWA Operations in Gaza, noted at the press conference last week, “right now, strictly financially speaking, we don’t have the money to guarantee the opening of schools in the fall.”
These financial concerns have largely arisen following the United States’ refusal to continue funding the . Greenblatt justified Trump’s decision to the Security Council last month.
“The UNRWA model has failed the Palestinian people,” he said, describing the Agency as an “irredeemably flawed operation” and a “band-aid” solution. Instead, he proposed of the Agency’s services into government and non-governmental structures.
In his explanation of the United States’ decision, he reaffirmed the country’s support of Israel, stating “the United States will always stand with Israel.”
This prompted criticism that the decision to cease funding UNRWA was a political move, rather than for issues with the Agency’s functioning.
Peter Mulrean, Director of UNRWA’s Representative Office in New York, said in a statement to IPS that “UNRWA regrets the U.S. decision to stop funding UNRWA after decades of being the Agency’s single largest donor and strong partner.” However, he refused to speculate on the motives behind that decision.
Greenblatt claimed the of UNRWA, despite its intended neutrality, meant “year after year, Palestinians in refugee camps were not given the opportunity to build any future; they were misled and used as political pawns and commodities instead of being treated as human beings.”
In his response, Mulrean said: “UNRWA is a UN humanitarian Agency that has no political role in Palestine or anywhere else.”
Despite this, UNRWA was asked at the press conference to respond to claims its members have involvement with Hamas after weapons were found stored in a school, and tunnels were located beneath multiple UNRWA educational buildings.
The Agency noted its officials reported all such incidents, and measures were taken to remove the weapons and close the tunnels.
Criticism of UNRWA seems at odds with the Security Council’s stance on the Agency.
Stéphane Dujarric, Spokesman for the Secretary-General, said in a press briefing last week, “the has been speaking on support of UNRWA for a long time,” adding, “his position remains unchanged, that he very much feels that UNRWA is a stabilizing force in the region through the education services it provides, through the health services, and through the support services.”
At the Security Council meeting last month it was only the United States and Israel that spoke against UNRWA. All other 14 member states reaffirmed their support for the Agency.
“That is a reflection of the broad support UNRWA enjoys in the international community,” Mulrean told IPS.
Despite this, UNRWA has for years struggled to meet its budget. Last year, around 42 countries and institutions increased their contributions to erase an unprecedented deficit of US$446 million.
Greenblatt noted the United States was frequently called upon to fill budget gaps. Having pledged around US$6 billion to the over the course of its existence, he reaffirmed his government’s refusal to continue to do so.
Instead, the United States has called for a conference in Bahrain—June 25-26– to discuss possible solutions to the Palestine refugee crisis. Many see this as compensation for withdrawing funding for UNRWA.
While Mulrean refused to take a formal position on the upcoming conference in Bahrain, he did say that UNRWA doesn’t see this as in competition with the Agency’s work.
UNRWA has fought Greenblatt’s criticism before in order to garner support for its mandate. Within a context of escalating violence in Gaza – some saying the worst since 2014 – and numbers of Palestine refugees, the Agency continues to seek funding from member states so as to continue its operations in the coming year.
“This is our reality,” Mulrean said, “we have schools to run, we have clinics to run, we have people to feed.”