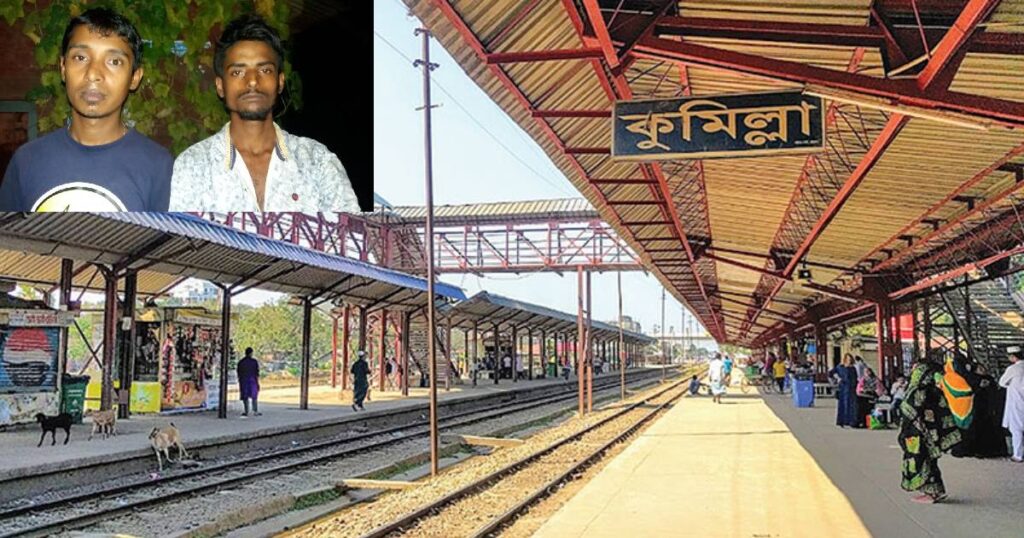 Another fatal train crash could have been Friday’s news headline, but this time the lucky passengers of ‘Chattrola Express’ were saved as two young men took quick action after a truck got stuck at Murapara level-crossing in Burichang upazila here on Thursday.

Tipu, a gateman of Murapara level-crossing, said a sand-laden truck overturned on the level-crossing around 5:30 pm while crossing the track.

Later, two auto-rickshaw drivers Sumon, 17, and Sujon, 18, brought the matter to the notice of the gateman. The gateman came to know that Chattogram-bound ‘Chattrala Express’ train from Dhaka already left Rasulpur station in Burichang upazila.

Receiving the information from the gateman, Sumon and Sujon along with the gatemen went to Gumti Bridge area, half a kilometer off the level-crossing, and signalled the train to stop by hoisting a red flag.
At one stage, the loco master of the train stopped the train using the emergency break when it was only 100 yards off Murapara rail track, creating panic among its passengers.

Assistant station master of Cumilla Railway Station Rafatul Islam said the train movement on the route had remained suspended for about one and half hours while two trains — Mahanagar Godhuli and ‘Subarana Express’ got stuck at Rasulpur Railway Station.

Anwarul Haque, officer-in-charge of Kotwali Model Police Station, said the train movement resumed after the truck was removed from the rail track.

No case was filed in this connection, said the OC.