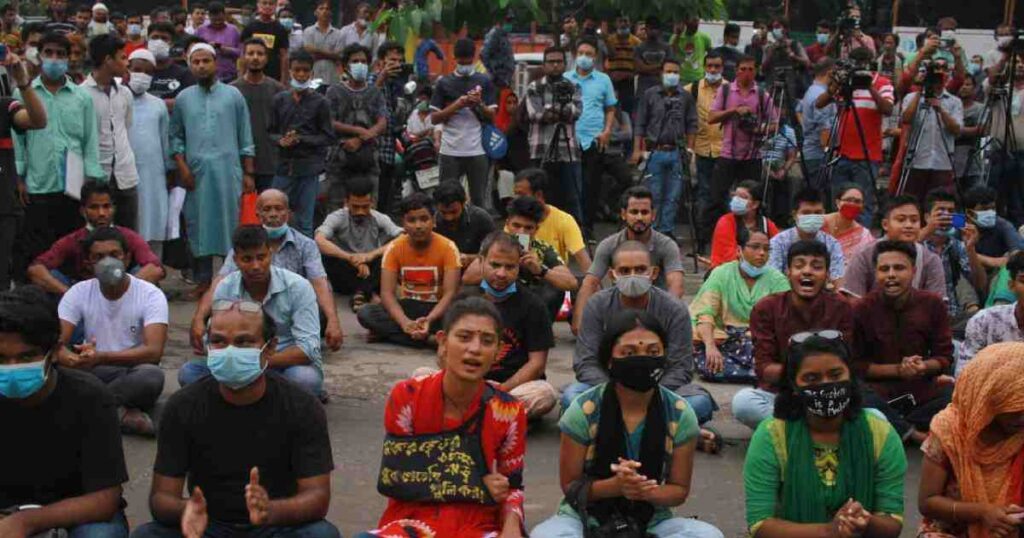 Protest against the recent rapes and violence against women rolled into the eighth day in Dhaka.

On Monday, protesters, mostly leaders and activists of leftist student bodies joined a ‘cultutal rally’ at Shahbagh from around 5pm.

They demonstrated by staging drama, reciting poems and singing songs seeking justice for rape victims and demanding strict law regarding rape and speedy trial of rapists.

They also demanded dedicated court for rape trials and the resignation of Home Minister Asaduzzaman Khan Kamal for “failing” to prevent rapes across the country. Protesters announced to organise a film festival on Oct 13, a women’s rally on Oct 14, and a cycle rally on Oct 15.

Waves of anti-rape demonstrations erupted across Bangladesh after a video footage of five men gang-raping a housewife, stripping her naked and filming the video of the incident in Noakhali’s Begumganj upazila went viral on social media.The incident occurred on Sept 2.