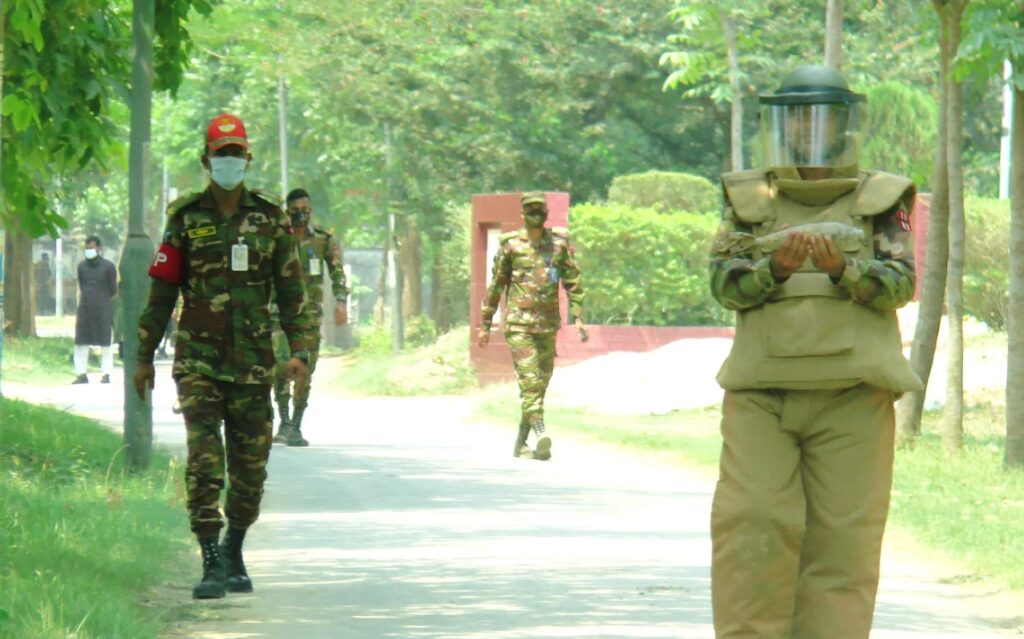 Rajshahi, April 29 – A team of the Bangladesh army exploded a mortar shell, which was found on Tuesday near a pond on the Rajshahi University campus. The bomb disposal unit of Bogura Cantonment on Wednesday exploded the shell at the Baddhabhumi area of the university led by captain Md. Minhaz.
Acting officer in charge of Motihar police station Siddikur Rahman confirmed this and said, the recovered mortal shell was a weapon used by the army during the country’s liberation war. We informed the Bangladesh army as we were unable to neutralize the shell. They exploded the shell today in presence of the RU proctor.
RU proctor professor Lutfor Rahman said the mortar shell is much old. There was a camp of the Pakistani military during the liberation war where the mortal shell was recovered from. We guess it is a weapon of 1971.
A man from the Meherchandi area near the university on Tuesday found the mortar shell beside a pond near Shaheed Shamsuzzoha hall of the university and informed the police. Then police and RAB-5 secured the place with a red belt. – RU Correspondent