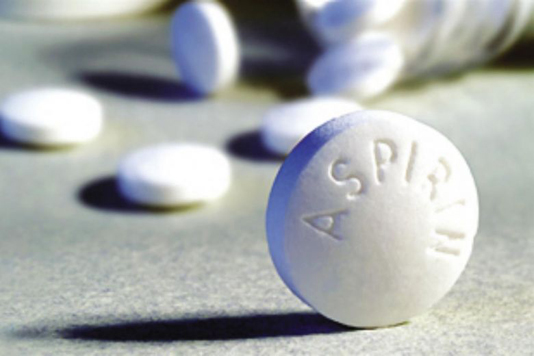 Regular aspirin use reduces the risk of digestive tract cancer 20 to 40 percent, according to findings published Thursday that bolster growing evidence the common analgesic can help prevent the disease.A review of 113 recent studies covering more than 210,000 patients showed that bowel cancer risk dropped 27 percent, oesophageal cancer by 33 percent, stomach cancer by 36 percent, and gastric cardia — where the stomach connects to the windpipe — cancer by 39 percent.
For pancreatic cancer, which is almost always fatal, there was a nearly 25 percent reduced risk after five years among people who used aspirin compared to those who did not, researchers reported in Annals of Oncology.
“These findings suggest there’s a beneficial effect of aspirin in the prevention of bowel and other cancers of the digestive tract,” said senior author Carlos La Vecchia, a professor of epidemiology at the School of Medicine in Milan.
About 175,000 people die from bowel cancer in the European Union every year, about 100,000 of them between the age of 50 and 74.
“If we assume regular use of aspirin increases from 25 to 50 percent in this age group, this would mean 5,000 to 7,000 deaths from bowel cancer, and between 12,000 and 18,000 new cases, could be avoided,” La Vecchia said in a statement.
Aspirin, which can cause stomach bleeding, is less often recommended or prescribed in patients older than 75. A significant body of research over the last decade has established a strong statistical link between long-term aspirin use and a reduced incidence of different kinds of cancer, but the new study is the largest to date focused on the digestive tract, the authors said.
Most of the studies examined by La Vecchia and colleagues were designed to test or examine aspirin’s capacity to reduce heart disease.
The longer people take aspirin and the higher the dose, the lower the risk of getting cancer, the new research found.
Overall, a daily “micro-dose” of 75 to 100 mg was linked to a 10 percent drop in cancer incidence, while a daily 325 mg dose cut the risk 35 percent.
For bowel cancer, the risk went down by four percent after one year of daily use, by 11 percent after three years, 19 percent after five years, and 29 percent after a decade.
“Taking aspirin for the prevention of bowel cancer, or any other cancers, should be done in consultation with a doctor,” La Vecchia said.
“People who are at high risk of the disease are most likely to gain the greatest benefits.”
The findings applied equally to men and women, and across all regions from which data was drawn, reports AFP, Paris.