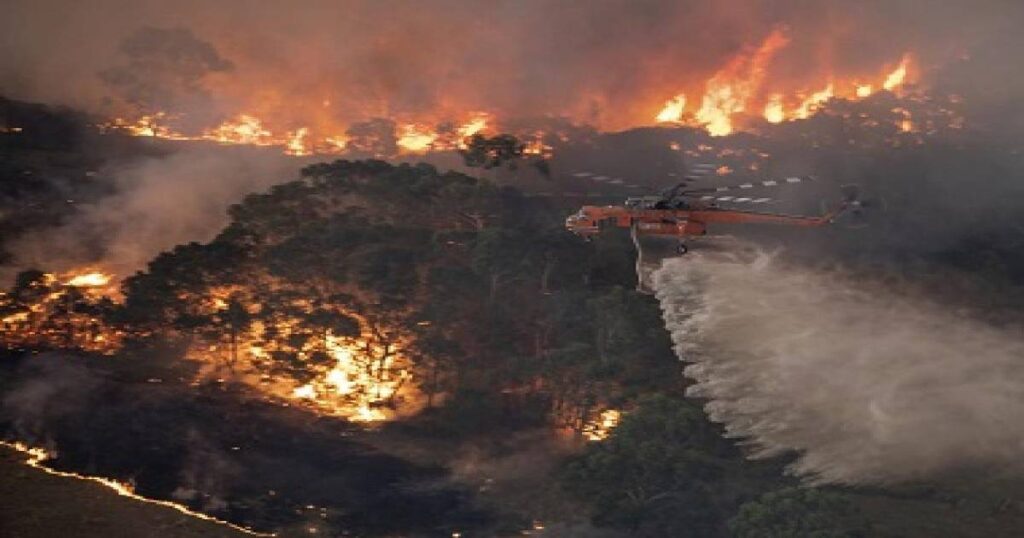 With the three-test series between Australia and New Zealand decided, players from both teams will momentarily turn their attention away from the pitch at the Sydney Cricket Ground and to the deadly wildfires around the country.

Black armbands will be worn from the first day of the test on Friday as a mark of respect for those who have lost their lives in the tragic fires, while emergency services personnel will be honored during the pre-match ceremony with a minute of applause.

Cricket Australia also announced that two one-day international matches between Australia and New Zealand at the S.C.G. in March will raise funds for the Australian Red Cross Disaster Relief and Recovery Fund to help those affected by the fires.

Authorities on Thursday said seven people had died since Monday — and 15 this fire season — and nearly 400 homes have been destroyed in New South Wales state. The situation could worsen this weekend, when smoke could affect the second day of the test.

The worst of the blazes are in Victoria state’s east and on the New South Wales south coast, where thousands of people in isolated communities are ringed by fire and military helicopters have been deployed to reach them. There is also a “catastrophic” fire warning in Western Australia, while Tasmania and Queensland states have also been badly affected over the past several months.

Smoke from the southern New South Wales fires threatens to have play stopped at Sydney if it becomes too unhealthy or threatens vision. A domestic Twenty20 cricket match was called off in Canberra last month because of smoke haze and unhealthy conditions for the players.

Several Sydney grade cricket matches have already been affected, with paramedics called to at least one match to treat two non-asthmatic players.

The decision on whether to stop play at the test match would rest with ICC match referee Richie Richardson and the umpires as they closely monitor air quality and visibility.

New Zealand drafted in uncapped batsman Glenn Phillips as injury cover in case either skipper Kane Williamson or Henry Nicholls is ruled out because of illness. Williamson and Nicholls were unable to practice on Wednesday or Thursday, and spinner Mitchell Santner is also reported to be ill.

The 23-year-old Phillips has played 11 Twenty20 internationals for New Zealand.

New Zealand offspin bowler Will Somerville, who has lived in Sydney for most of his life, said any concern over smoke issues were inconsequential to those suffering from the fires, commonly called bushfires in Australia.

“It’s bloody horrible, shocking, and it’s been going on for so long,” Somerville said. “I don’t know what more to say. There’s talk about smoke delaying this game but who cares? It doesn’t mean anything compared with what people are going through.”

Australia coach Justin Langer expressed similar sentiments as Somerville, noting “a lot of people are suffering” and that he would leave it up to others to monitor air quality and whether conditions were fit for play to proceed.

“The reality is this is a game of cricket,” Langer said. “It will be the first time I’ll ever say this in my life, I hope it rains a bit during the test because Sydney needs it.”

The McGrath Foundation will also remain as the chief charity partner for the Sydney “pink” test, as has been the case since 2009, to raise money for breast cancer nurses. The charity honors England-born Jane McGrath, wife of Australia fast bowler Glenn McGrath, who died in 2008 from breast cancer.

Australia won the first test in Perth by 296 runs and the second in Melbourne by 247 runs, each with a day to spare. Australia is expected to retain an unchanged XI, with New Zealand set to make at least one injury-enforced change because of pace bowler Trent Boult’s right hand fracture.