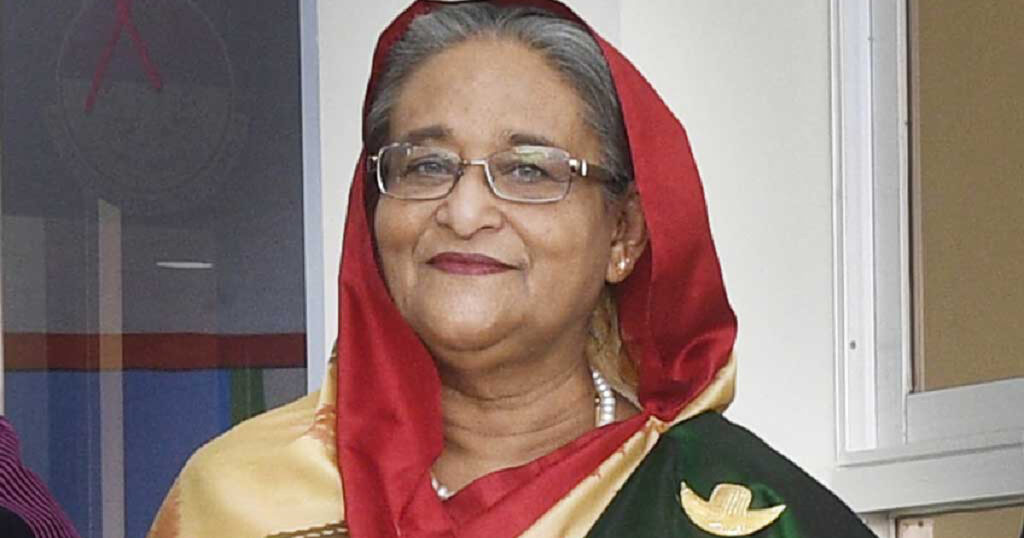 Prime Minister Sheikh Hasina on Sunday directed the authorities concerned to bring insurance activities under technology based automation system and settle insurance claims of clients quickly to restore the people’s faith in the sector.“Bring all activities of the insurance sector under technology based automation system,” she said.
The Prime Minister said this while addressing the first-ever National Insurance Day at Bangabandhu International Conference Center (BICC) with a vow to build a developed country.
She also asked them to undertake massive publicity programmes to create awareness on insurance and attract more people to the insurance schemes.
The Prime Minister emphasised implementation of modern ICT based automation system aimed at making insurance services easier for clients.
Noting that the people still lack trust in insurance industry, she urged the authorities to give special importance to overcome this problem.
She particularly mentioned some risk oriented sectors like transport and garment, saying the working class people should be brought under insurance policy so that they can get financial security at their bad times, such as accidents.
Prime Minister Hasina emphasised providing training to the educated youths on insurance, and said they could be made free from the curse of unemployment.
She said Bangladesh Bank and Insurance Development and Controlling Authority are going to introduce “Bangabandhu Education Insurance” for the school students.
“The step has been taken to ensure education for students of different schools up to secondary level in absence of their parents or guardians or even due to lack of their physical capability,” she said.
Sheikh Hasina highlighted the involvement of Father of the Nation Bangabandhu Sheikh Mujibur Rahman in the insurance sector. She said Bangabandhu worked in the insurance industry alongside doing politics to meet his livelihood expenses.
After independence, Bangabandhu enacted necessary laws and formed institutional bodies to make insurance industry more vibrant, she said.
Sheikh Hasina also elaborated the government’s initiatives for the development of insurance industry and said, the Insurance Act, 2010 was formulated in place of the old law of 1938, while the National Insurance Policy 2014 was also formulated.
Besides, the government also constituted the Insurance Development and Controlling Authority, 2010 to give the industry an institutional shape, she added.
The Prime Minister said the government introduced insurance for expatriate Bangladeshi workers, while steps have also been taken to introduce various types of insurances including agriculture insurance, health insurance, insurance for the rail passengers and building insurance.
Referring to a project of Tk 632 crore for the development of country’s insurance sector, she mentioned that the government in collaboration with the World Bank is implementing it to bring all insurance companies under the automation system.
Sheikh Hasina hoped that full implementation of the project would help increase professional and technological capability of the insurance companies as well as strengthen trust and confidence of the people on the sector.
“Besides, the government also introduced state of the art IT based Unified Messaging Platform System to protect interest of the clients,” she said.
The Prime Minister vowed to establish a poverty and hunger free developed country with cooperation of all as dreamt by Bangabandhu.
Finance Minister AHM Mostafa Kamal presided over the function, while Chairman of the Insurance Development and Controlling Authority Shafiqur Rahman Patwary, Senior Secretary of Finance Division Ashraful Alam, President of Bangladesh Insurance Association Sheikh Kabir Hossain and Bangladesh Insurance Forum president BM Yusuf Ali spoke on the occasion.
Earlier, the Prime Minister unveiled two insurance related books titled IDRA Directives and Bima Manual. She also distributed Bima Padak among five recipients for their contribution in the insurance sector of the country, reports UNB.