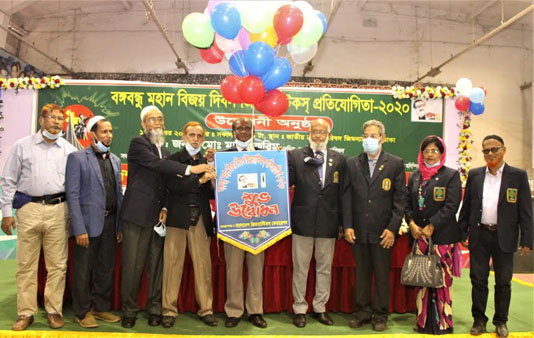 In his speech, the NSC director highlights the biography of the Father of the Nation and his role in nation building as well as Bangabandhu’s contribution to sports as a whole.

A total of thirty nine teams from different districts, associations and organisations took part in the meet.

BGF vice president, Energypac Engineering Limited’s managing director and freedom fighter Enamul Haque Chowdhury Khosru was present as the chief guest in the closing ceremony of the competition in the afternoon and distributed the prizes.