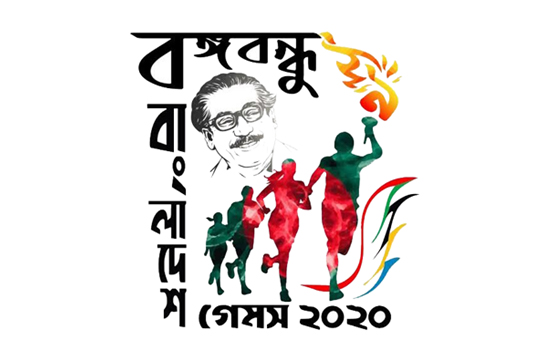 DHAKA—All the events of the Bangabandhu 9th Bangladesh Games are being held in accordance with the standard health protocol. The authority is serious about the health rules as the body temperature of the people, including the athletes, are being checked before their entry to a certain venue. Everyone had a mask on their face as it was strictly advised while athletes are following the social distance rules amongst them.

It was a huge challenge for Bangladesh Olympic Association (BOA) to organize the 9th Bangladesh Games, which is named after the Father of the Nation Bangabandhu Sheikh Mujibur Rahman, in the time when the coronaviurs continuously is causing mayhem. But so far everything is going well and according to the plan.

During the official inauguration of the Games on Thursday, the Prime Minister asked everyone to follow the standard health protocol. The Prime Minister also gave various directions to all those involved in the Games. BOA officials took more precautions after her instructions.

The organizers have already taken various steps as the Covid-19 infection has been on the rise for the last ten days. Before the start of the Games, the BOA however has taken various plans and set a guideline as to how to resist the Covid-19 and to maintain all the things smoothly a committee is formed with Civil Surgeons from the Armed Forces, various hospitals and Divisional cities. From the beginning, they have been staying in 29 venues and taking necessary measures.

The biggest fear was about the spread of Covid-19 infection in the Games. So far, however, no athletes, coaches, coaches, technical officers or anyone involved in games have been contracted with the coronavirus.

However, the organizers have already made arrangements to prevent the victims of Covid-19 from entering the venues. Everyone including about 5500 athletes, who are participating in the Games, has been tested for corona. Everyone has entered the venue of the Games with a Covid-19 negative certificate.

The deadly virus forced the Bangabandhu 9th Bangladesh Games postponement last year. At that time, the whole sports world was left stranded as there was no weapon to battle with this pandemic, which is largely unknown. But due to the visionary thinking and proper planning of Prime Minister Sheikh Hasina, Bangladesh has been able to deal with the Covid-19 pandemic.

Even though the infection is on the rise, the Bangladesh Olympic Association knows how to deal with it and oozing with that confidence they are organizing the biggest sports event in the country. After the inauguration of Games on April 1, it was seen that the games were being held in different venues in accordance with the standard health protocol.

After visiting Bangabandhu National Stadium, Shaheed Captain M Mansur Ali National Handball Stadium, Paltan’s Wooden Floor Gymnasium, Sheikh Russell Roller Skating, National Sports Council venues, it was seen that there was no compromise about the health rules. Athletes are showing their performance style by removing all fears and anxieties. The festive mood was seen in everyone. Athletes of different disciplines from different parts of the country are immersing themselves. With these athletes dreaming of becoming the next star, the organizers are also very conscious about following the hygiene rules.BSS