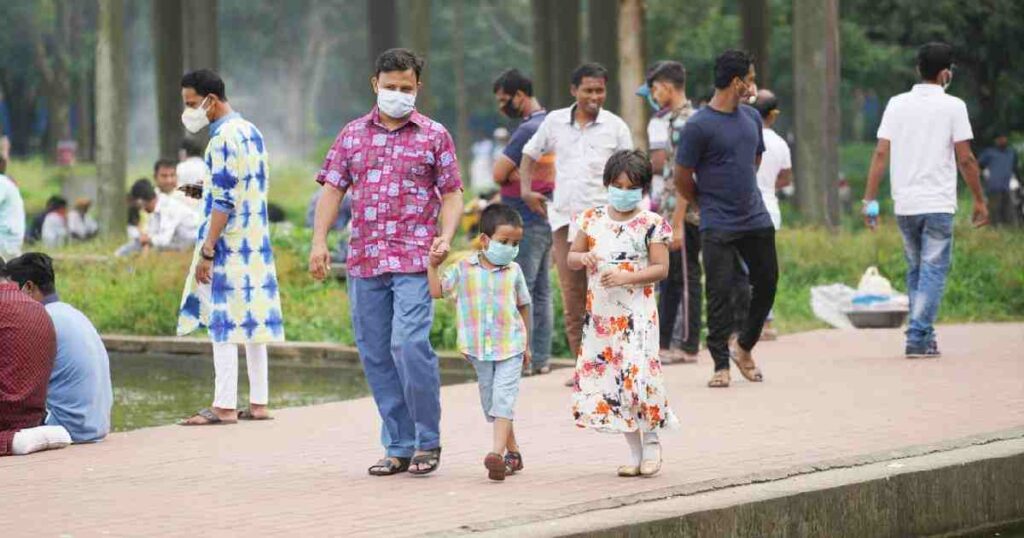 The health authorities have detected 3,504 cases after testing 15,157 samples at 58 labs in the span of 24 hours until Saturday. The infection rate for the day was recorded at 23.12 percent.

Since March 18, the government said 1,695 people have died of COVID-19.In the last 24 hours, 34 people died from the highly contagious disease.

Cosmos Dialogue: Impact of Covid-19 on Bangladesh: Prognosis for Recovery.She noted that at present, the total infection rate against the number of total tests is 18.81 percent.

In the last 24 hours, 1,185 patients recovered from the disease, taking the total number of recoveries in the country to 54,318.

Against the total number of detected cases, the recovery rate is 40.54 percent and the mortality rate is 1.27 percent in the country, she said.

“Thirty people died in hospitals across the country while four others died at homes,” she added.Dr Nasima repeated the numbers of total beds available for the COVID-19 patients of the country and added that in the last 24 hours 275 new patients have been admitted to hospitals.

Talking about the zoning system to combat the spread of the disease, She said the red zone areas will not be under a permanent lockdown. “It is a continuous process.”

“Zoning system is nothing permanent, a red zone area will not be locked down forever. A letter has been sent to the relevant authorities for locking down Wari area. Besides, East Razabar has been put under lockdown,” Dr Nasima said.

She also mentioned that the 13- member committee responsible for dividing the country into the red, yellow, and green zones, is headed by DGHS Director General Dr Abul Kalam Azad.

Across the country, 726 more people were taken to isolation in the last 24 hours while 259 were released. Currently, 14,267 people are in isolation.

During the same period, another 2,312 people were home and institutionally quarantined while 2,520 were released. At present 63,913 people are quarantined across the country.