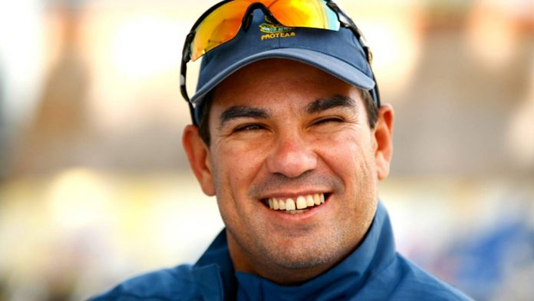 DHAKA—With 2023 World Cup in mind, Bangladesh team management is mulling all ODI series including this three-match series against Sri Lanka as a chance to develop the young players as the senior players won’t be around there within two or three years.

Bangladesh head coach Russell Domingo said that doesn’t mean they would compromise on the victory in the home series against Sri Lanka, which is crucial as far as the qualification in 2023 World Cup is concerned.

The Tigers in fact stressed on collecting as many points as they can in this series, considering the fact that they haven’t had a great record to snatch points from the away series.

But while winning the series is important, Domingo said it is also crucial to fit the young guys in the team, considering the future of this country’s cricket.

ODI skipper Tamim Iqbal also sought consistency from Liton Das and Soumya Sarkar and asked them to step up in the series against Sri Lanka, as they have to take the responsibility in absence of the senior players.

“We have an experienced core of players in Mushfiq, Riyad, Tamim and Shakib. But it is always important to give opportunities to the younger players. Those players won’t be around forever. Hopefully, a guy like Afif can come into the series this time to make an impact,” Domingo said here today.

After playing two series, which are the part of ICC World ODI Super League, Bangladesh won one—a 3-0 win over West Indies at home but lost the series against New Zealand away by 3-0. Bangladesh so far collected 30 points and is in the sixth position in the point table.

“Six months ahead of the World Cup, we have to know what our batting line-up is going to be. Whilst winning is very important in these series where points are up for grabs, it also allows you to finalise what batting line-up you will have in two years’ time,” Domingo said.

“We have to be smart in playing what we think is our best team all the time, but we also need to find opportunities for fringe players to see how they go. The pandemic allows you to have a big squad which allows you to look at guys in training and warm-up games. We have an intention of carrying all rounders with us, so that we can make sure that we have the right guys in the World Cup.”

Domingo admitted it would be a tricky task to balance between the two—fitting the young guys in the team and at the same time winning the series. But he is keen to take this risk to make sure that some young guys can step into the boots of Shakib, Tamim and Mushfiqur.

“It is tricky. It is a balancing act. Winning right now is always important but we also have one eye on the future,” Domingo remarked.

“Sometimes you need to be a little bit aware of that, and not always just focus on the past. We have to look forward to it as well. This is an important series and points are up for grabs. The development of the team going forward is equally important. Maybe in two years time, we don’t have Shakib or Tamim or Riyad or Mushfiq available. We have to make sure that you develop some other players who can step into their boots.”BSS