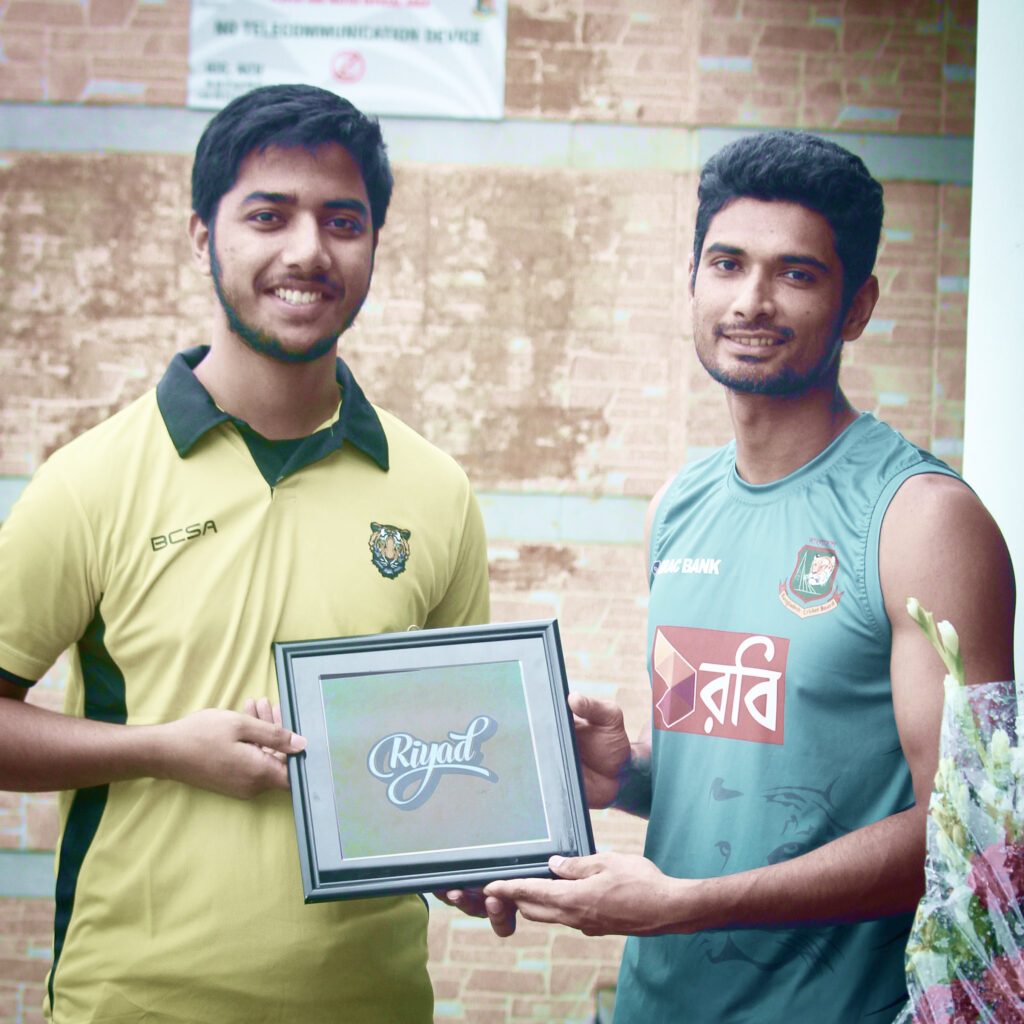 Ashikur Rahman
Young Bangladeshi graphic artist Muktadirul Islam Jafir is one of ten top designers to win a prestigious award from the International Cricket Council (ICC). The ICC has been rewarding players and officials for their performances in and off the field for years. This is the first time in its history the august body has given recognition to cricket fans.
To celebrate the majesty of cricket during this Coronavirus Covid–19 pandemic, last April the ICC launched a competition open to passionate artists and designers.
They were asked to interpret their love for the massively popular internationally-loved sport through their work and to submit graphics, cartoons, or any other art form that would help depict the endeared game.
From the thousands of entries received from cricket-loving nations worldwide Jafir’s entry was among the Top 10.
“It was a dream come true for me and one I most definitely will never forget,” said Jafir. “If my entry had been selected among the Top 50 or even Top 100 I would also have been equally as happy this means a lot to me as an avid cricket supporter,” he added.
Jafir (23) who lives in Mirpur DOHS, said he drew his inspiration for his winning entry from witnessing “the unbelievable performance by Mahmudullah Riyad in the Nidahas Trophy match against Sri Lanka in 2018. In my art piece I tried to depict the moment of conquering the victory in a much more felt way,” he said.
Jafir, who is a graphics designer and Creative Manager at Cricket 97, has been promoting cricket with visualisations for more than ten years. He is also the creative and general manager of his local Bangladesh Cricket Supporters Association news portal.
The ten winners each received $500 and will have their work showcased and credited across other ICC art forms that would help depict the endeared game.