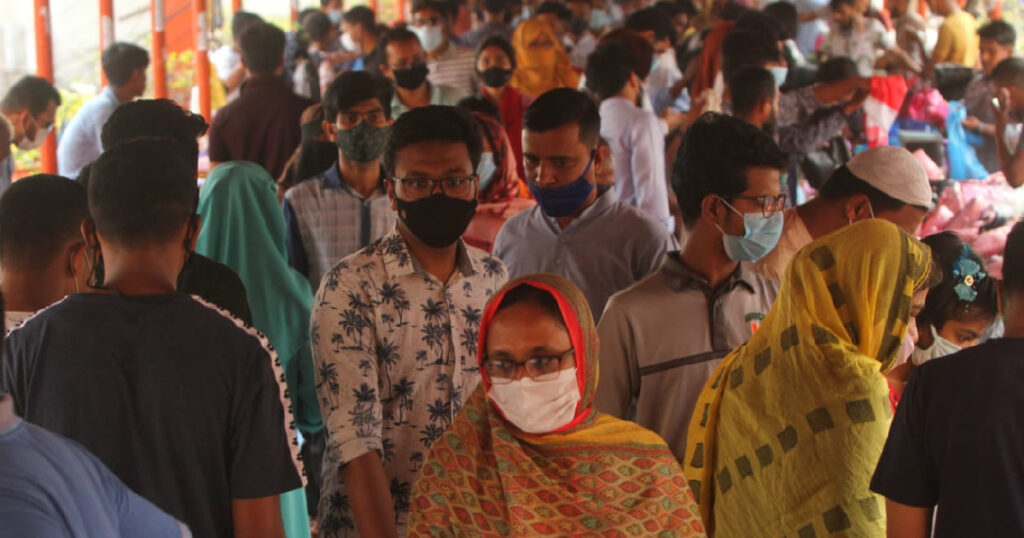 Dhaka, Apr 29 : Bangladesh on Friday reported its single-day Covid-19 death toll of 57, the lowest in 25 days, even though the virus surge still remained at the disturbing level.The new figure that came in the last 24 hours until Friday morning brought the country’s total fatalities to 11,450 while health authorities reported 2,177 new cases during the period.
The infection rate rose to 10.34% from Thursday’s 9.39% while the death rate remained static at 1.51%, said the Directorate General of Health Services (DGHS).
The country’s infection rate came down below 10% on Thursday after over a month, as it reported a 7.68% infection rate on March 17 and it rose to 10.45% the following day. Since then, the infection rate began an upward march.
The country recorded 52 coronavirus-related deaths on April 5, 78 on April 27, and 77 on April 28, showing a downtrend. It witnessed over 100 deaths during April 16-19 and on April 25.
With the latest figure, 7,59,132 cases have been detected so far in Bangladesh.
The number of recoveries now stands at 681,426, meaning 89.76% of the patients have recovered till now, the DGHS said.
Bangladesh has so far tested 5,469,704 samples, including 21,046 in the past 24 hours. The country reported its first coronavirus cases on March 8 last year and the first death on the 18th of that month, reports UNB.