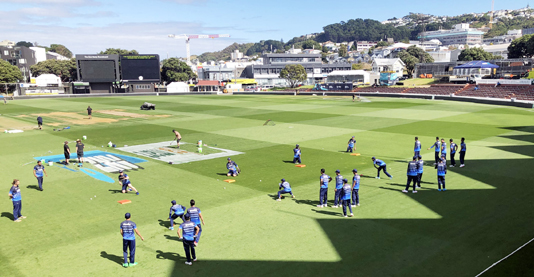 DHAKA-Bangladesh’s national anthem will be played before the third and final ODI between Bangladesh and New Zealand at Basin Reserve in Wellington tomorrow (Friday).

It is not the ritual to play the national anthem in the cricket’s bilateral series, apart from an ICC event. But since Bangladesh will celebrate the Golden Jubilee of their independence tomorrow, Tigers will sing their national anthem before the match.

This information was found in the schedule of the New Zealand Cricket Board. Bangladesh Cricket Board (BCB) Chief Executive Officer (CEO) Nizam Uddin Chowdhury also confirmed it, saying that the players will sing the
national anthem as the third ODI coincides Bangladesh’s independence day.

The history suggested that if the country was not independent, it would have been difficult for the Tigers to be represented in the international cricket. Bengalis were neglected in sports as well as in economic and political fields.

On the very day, Father of the Nation Bangabandhu Sheikh Mujibur Rahman declared the independence of Bangladesh and after nine months of liberation war, Bangladesh achieved its victory.BSS