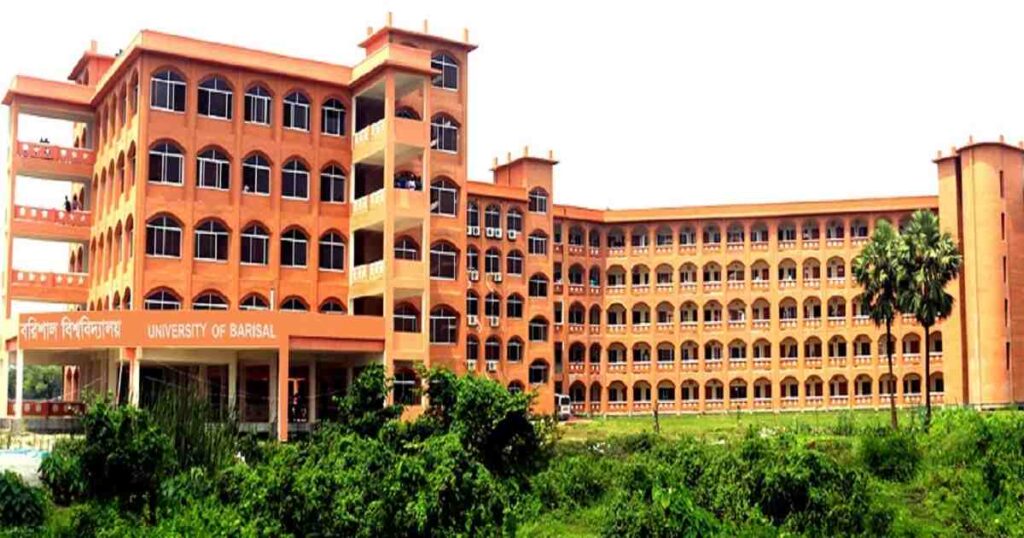 Barishal, Feb 18 (UNB) : Students of Barishal University staged demonstrations for the second consecutive day on Thursday to press home their six-point demand.
The students took position in front of the academic building of the university around 10 am and chanted slogans protesting attack on some of their fellows by local transport workers.
They also threatened to put up barricade on the highway again if their demands are not met within 48 hours.
Earlier, the students of Barishal University observed a 10-hour blockade programme on Wednesday over the issue.
They also issued an ultimatum to fulfil their three-point demand within 48 hours.
Besides, a meeting will be held with the representatives of the teachers of the university and the protesting students over the matter on Thursday, said Mahmudul Hasan Tomal, a student of the university who got hurt during the attack by transport workers.
Meanwhile, a section of students of the university formed a human chain protesting the attack on their fellows around 11 am in front of Ashwini Kumar Hall in the city.
Earlier, the student of the university blocked traffic on the busy Barishal-Patuakhali highway, demanding immediate action against the perpetrators of Tuesday’s attack that left 11 students injured.
On Tuesday, two students of the university were allegedly manhandled by few staffers of Bangladesh Road Transport Corporation (BRTC) at BRTC bus counter in the Rupatoli area of the city.
In protest, some students of the university blocked the bus terminal for two hours. They dispersed only after police arrested one BRTC employee, identified as Rafique, in connection with the attack.
In retaliation, the transport workers armed with sticks barged into a university hostel and attacked a student, identified as Mahmudul Hasan Tomal, on the intervening night of Tuesday and Wednesday.As the news of the attack spread, thanks to social media, students from other hostels of the university rushed to the spot to save Tomal. The transport workers attacked Tomal’s rescuers too, leaving 11 injured.