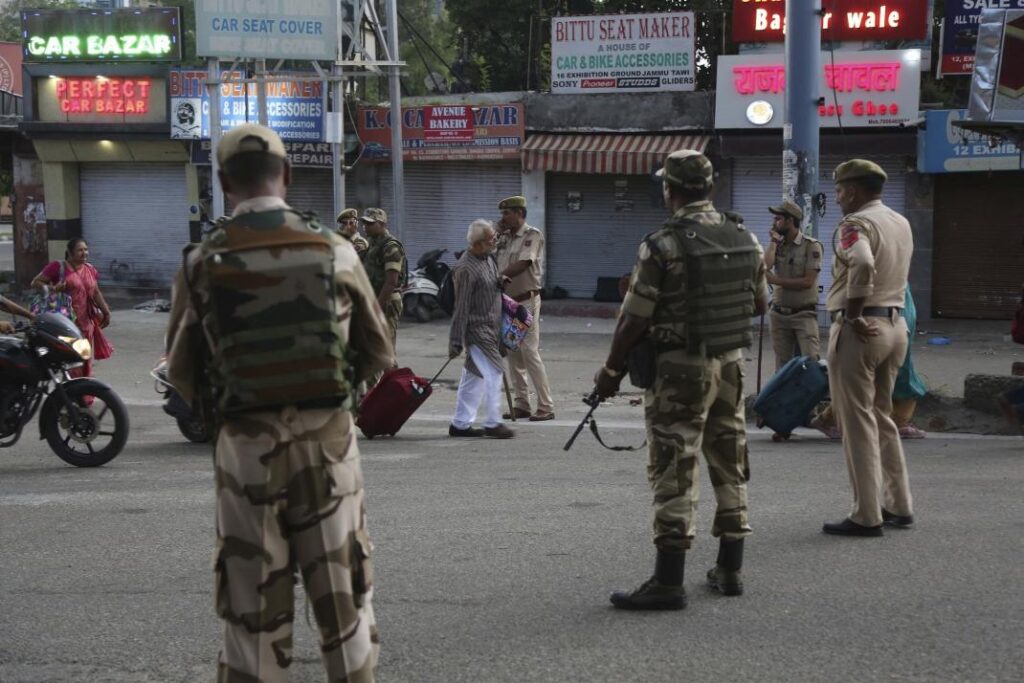 Free Political Leaders, Restore Communications, Exercise Restraint
New York – Indian authorities have adopted measures in anticipation of unrest in Jammu and Kashmir state that raise serious human rights concerns, Human Rights Watch said today. The government announced on August 5, 2019 that it was altering the special constitutional status of the state.Before making the announcement, the government detained several political leaders, imposed broad restrictions on freedom of movement, and banned public meetings. It also shut down the internet, phone services, and educational institutions. The Indian government should take all necessary steps to ensure that security forces act with restraint, Human Rights Watch said.
“The government has a responsibility to ensure security in Kashmir, but that means respecting the human rights of everyone, including protesters,” said Meenakshi Ganguly, South Asia director at Human Rights Watch.
“The government got off to a bad start by detaining political leaders, banning public meetings, and shutting down the internet.”
The Bharatiya Janata Party-led national government has deployed tens of thousands of additional troops to the region since last week, citing security reasons. The authorities also ordered tourists and Hindu pilgrims to leave Jammu and Kashmir because of a “terror threat.” Orders issued to public officials, including hospital staff, caused panic in the predominantly Muslim Kashmir valley, with people stocking up on food and currency, anticipating that services would be shut down.
The government’s decision to revoke special status for the state provided under Article 370 of the Indian constitution prompted condemnation from political leaders in Kashmir and generated tensions in the state. On August 5, Home Minister Amit Shah told parliament that “not all the provisions of Article 370 will now be implemented in Jammu and Kashmir.” In effect, these measures eliminate the autonomous status provided to Jammu and Kashmir when it acceded to India seven decades ago and splits the province into two separate territories which will be federally governed, reducing the authority of elected state officials.
Kashmir has witnessed a spike in violent protests and militant attacks in recent years. Indian security forces have often used excessive force to respond to protests, including using pellet-firing shotguns as a crowd-control weapon, even though they have caused a large number of protester deaths and injuries. The Indian government should review its crowd-control techniques and rules of engagement, and publicly order the security forces to abide by the United Nations Basic Principles on the Use of Force and Firearms by Law Enforcement Officials.
Indian troops have seldom been held accountable despite serious allegations of human rights violations including extrajudicial killings, torture, and enforced disappearances. The Armed Forces Special Powers Act (AFSPA) gives soldiers effective immunity from prosecution for
serious human rights abuses. The government has failed to review or repeal the law, despite repeated recommendations from several government-appointed commissions, UN bodies, and experts, and national and international rights groups. Since the law came into force in Kashmir in
1990, the Indian government has not granted permission to prosecute any security force personnel in civilian courts.
While law enforcement officials have a duty to protect lives and property, they should use nonviolent means as far as possible, only use force when unavoidable and in a proportionate manner, and use lethal force only when absolutely necessary to save lives, Human Rights Watch said.
In July, a report by the Office of the UN High Commissioner for Human Rights raised serious concerns about abuses by security forces in Kashmir.
Those included the use of excessive force to respond to protests and the detention of protesters, political dissidents, and other activists on vague grounds for long periods, ignoring regular criminal justice safeguards. The Indian government dismissed the reportas a “false and motivated
narrative” that ignored “the core issue of cross-border terrorism.”
The Indian government has also repeatedly imposed internet shutdowns in Kashmir, restricting mobile and broadband internet services. There have already been 53 instances of shutdowns in the state in 2019, the largest number in the country. In 2017, David Kaye, the UN special rapporteur on freedom of opinion and expression, and Michel Forst, the special rapporteur on human rights defenders, condemned the restrictions on the internet and social media services in Jammu and Kashmir, saying they had a “disproportionate impact on the fundamental rights of everyone in Kashmir,” and had the “character of collective punishment.”
“Kashmiris have endured decades of violence and human rights violations, and are yet to be assured of justice,” Ganguly said. “The government should ensure accountability for past abuses and address grievances instead of silencing opposition voices.”